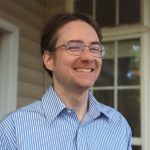 One of the Internet’s largest streaming giants, Twitch, held its annual convention last month from October 7 to 9, and multiple attendees suffered injuries under circumstances that would feel right at home on a Torts exam. At TwitchCon in San Diego, there was an “American Gladiators”-style pair of raised platforms that conventiongoers could play on, surrounded by a foam pit that they were encouraged to fall or even jump into by the staff. Multiple people reported on social media that they had suffered minor injuries in the pit, but the big story of the weekend was the serious injury suffered by streamer Adriana Chechik. Ms. Chechik jumped into the foam pit and broke her back in two places, requiring extensive surgery with months of recovery. She further revealed on October 29 that she found out at the hospital after the accident that she was pregnant and could not keep the baby due to the spinal surgery she had to undergo.

Liability Waivers in California
There has been some confusion in the comments on these stories about whether the waiver that the attendants had to sign before using the foam pit will preclude Ms. Chechik and other injured parties from recovering damages, so this post will discuss when a waiver does not protect the defendant from liability in California, and whether those exceptions would apply here. To sum it up, it seems likely that anyone injured by the foam pit at TwitchCon has a strong case and would not be prevented from recovery.

The actual waiver from the event is unavailable to the public at the moment, making it difficult to comment on some of the possible exceptions that could be applicable, such as if the waiver were overly confusing or did not cover the scope of the activity. However, there are other exceptions to when waivers provide liability protection that could apply here, no matter what the waiver says: public policy and gross negligence.

Public Policy Exceptions
In California, waivers are not enforceable if they are against public policy. For example, in Tunkl v. Regents of the University of California, the Supreme Court of California held that a waiver of liability against a hospital as a condition for charitable admission was unenforceable. This is the weaker claim of the two because the court in Tunkl set out a test that included determining whether the party requesting the waiver was providing a service that was essential to the public. It would be somewhat hard to argue that going to a convention is an essential service in the way that going to a hospital is, and so the plaintiffs are likely to make a much better case arguing that the setup of the foam pit was grossly negligent.

Gross Negligence Exceptions
Gross negligence in California is sometimes defined as the “want of even scant care”, or “an extreme departure from the ordinary standard of conduct.” What constitutes an “extreme” departure is mostly left up to a jury’s interpretation. In 2015, the California Court of Appeals held that a fitness center that did not leave six feet of space between its treadmills could possibly be grossly negligent and that a jury would have to decide, reversing the trial court’s summary judgment. Since the setup of the foam pit at the event seems to be a much more egregious mistake, it seems very likely the issue would at least survive summary judgment.

It is unclear exactly how deep Twitch’s foam pit was, but attendees described it as being only a couple of feet of foam on top of hard concrete. To compare, the standard depth for trampoline park foam pits is five feet, with gymnastics pits varying from four to eight feet deep with a trampoline or other padded surface on the bottom—never hard concrete. The platforms also had no reason to be raised above the foam and could have been level with the foam at the very least. There were also no helmets or any other safety gear provided at the booth. Given that any professional installer of foam pits would have immediately warned about these issues, it seems likely that none were consulted at all, possibly giving a jury a reason to find that there was a “want of even scant care.” Also, having only one-third of the recommended foam padding and having it piled on top of concrete instead of a trampoline or other soft surface both give the plaintiffs a good argument that there was an extreme departure from the standard of conduct.

Damages
While it does seem likely that Ms. Chechik and others could recover compensatory damages for their injuries at the convention, they will not likely be able to collect any punitive damages. Punitive damages in California are limited in the California Civil Code to only cases where the defendant’s conduct amounted to malice, oppression, or fraud. “Malice” in this case means “conduct that is intended by the defendant to cause injury to the plaintiff”, or “despicable conduct which is carried on by the defendant with a willful and conscious disregard of the rights or safety of others.” “Oppression” means “despicable conduct that subjects a person to cruel and unjust hardship in conscious disregard of that person’s rights.” Fraud means an intentional misrepresentation. It seems very unlikely that a court would find Twitch’s actions fell into any of these categories. As such, even though the people injured in the foam pit have a strong case for recovery despite signing a waiver, they will likely be limited to compensatory damages such as their medical expenses, pain and suffering, and lost wages.

Rich Stanton, ‘Don’t Try and Turn Me Into the Bad Guy’—Streamer Who Broke Back at TwitchCon Details Injuries, PC GAMER (last visited Nov. 5, 2022).

Morgan Sung, TwitchCon Had a Foam Pit Exhibit. Two Attendees Say They Got Injured When They Jumped In, NBC NEWS (last visited Nov. 5, 2022).