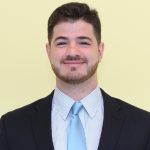 At a 2016 presidential campaign rally in Fort Worth, Texas, then candidate Donald Trump had this to say:

“I’m going to open up our libel laws so when they write purposely negative and horrible and false articles, we can sue them and win lots of money. We’re going to open up those libel laws. So when the New York Times writes a hit piece which is a total disgrace or when the Washing Post, which is there for other reasons, writes a hit piece, we can sue them and win money instead of having no chance of winning because they’re totally protected.”

Assumedly, the total protection that Trump was referring to the landmark First Amendment U.S. Supreme Court case, New York Times Co. v. Sullivan. In New York Times, the Court handed down a ruling that extended greater First Amendment protections for media organizations sued for libel by public officials than the average defendant in such a suit. While Trump’s assertion that he would change the law to relax the New York Times standard received much press coverage, any actual plan to effectuate such a change has not been revealed. Indeed, coming up with a plan would seem fruitless, as there is no federal law on libel, which is generally a State controlled realm. The federal restrictions stem from the Constitution, as interpreted by the Supreme Court.

But on March 3rd, 2020, Trump’s re-election campaign, Trump for President, Inc., filed a libel suit against The Washington Post alleging that the organization published false and defamatory statements in two articles related to Robert Muller’s investigation of ties between Russia and the 2016 Trump Campaign. Might this be the first step in ‘opening up’ the standard for suing media organizations, now four-years in the making? Are these lawsuits doomed to fail? Might the current make-up of Supreme Court justices have an inclination to revisit the New York Times standard?

Of relevance to Trump’s suit are a line of Supreme Court decisions that articulate the modern standard for libel actions brought by plaintiffs with a high level of public clout. While the classification of the plaintiff is different, the standard applied is the same.

Though libel law is primarily determined at the state level, the First Amendment imposes some restrictions upon the right of certain individuals to succeed in a libel suit. New York Times dealt with restrictions on this right for plaintiffs who are deemed “public officials,” and held that the First Amendment requires that public officials cannot recover damages from a defamatory falsehood that relates to the official conduct of the plaintiff without first proving that the statements at issue were made with actual malice. Actual malice is defined in the opinion as made with knowledge that the statements were false or with reckless disregard for whether or not the statements were accurate. The Court reasoned that by virtue of holding public office, public officials assume the reputational risk of criticism, and they are also assumed to have easier recourse to self-help remedies than plaintiffs who lacked such public standing.

Curtis Publishing Co. v. Butts and Associated Press v. Walker were heard jointly by the Supreme Court and decided three years after New York Times. The result of the holdings was an extension of the protections afforded to public officials by virtue of the New York Times decision to “public figures.” While the definition of a public official is not difficult to surmise, the question of whether or not a plaintiff who lacks such status can be considered a public figure, and thus subject to the same libel restrictions, is somewhat more fleeting. Fortunately, it has been fleshed out in subsequent decisions of the Court. In Gertz v. Robert Welch, Inc., the Court clarified that one may be deemed a public figure by one of two ways: either the individual achieves a sufficiently pervasive level of fame or notoriety, becoming a public figure for all purposes and in all contexts, or the individual voluntarily injects themselves into a given public controversy, and thus becomes a public figure only for a limited range of issues related to that controversy.

The first article published by The Post and cited in Trump’s lawsuit was an opinion piece written by Greg Sargent, which the complaint alleges asserted that Robert Mueller’s investigation found that Trump’s 2016 campaign “tried to conspire with” Russia. In broader context, the article states: “Mueller also concluded that Trump and/or his campaign eagerly encouraged, tried to conspire with, and happily profited off of those efforts. Yet Mueller did not find sufficient evidence of a criminal conspiracy.” The second article that Trump’s legal challenge is based on is another opinion piece by The Post’s Paul Waldman, which included this language: “Who knows what sort of aid Russia and North Korea will give to the Trump campaign, now that he has invited them to offer their assistance?”

Applying the standard articulated in the cases discussed above, it seems that Trump has an uphill battle to fight. Even though the events described in the first article refers to the action of Trump as a candidate, and therefore may not fall within the definition of “public official,” there is an argument that a presidential nominee should indeed be considered a public official. Further, Trump can hardly argue that even if he was not a public official before November 2016, he was not a public figure of sufficient fame or notoriety to fit within the definition articulated in Gertz. As such, Trump needs to overcome the obstacle to libel recovery first articulated in New York Times, a hurdle that Justice Clarence Tomas has referred to as “almost impossible” to overcome.

After expressing disappointment with the status of libel laws four years ago, Donald Trump’s re-election campaign finally took action. It wasn’t bold, governmental action, but rather a private libel suit filed against the Washington Post. Supreme Court precedent imposes stringent standards for plaintiffs in these instances, and strict application of current law would appear to favor The Post. However, the recent additions of Justices Gorsuch and Kavanaugh to the Court might stir things up, especially given recent apparent criticism of the New York Times standard by Justice Thomas. Whether this will be enough to finally “open up those libel laws” will be determined by the judiciary in the months—and perhaps years—to come.

Paul Waldman, Trump: I can Win Reelection With Just My Base, The Washington Post (June 20, 2019).