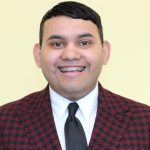 Written by Franklin A. Carcamo

2020 is a monumental year in American history–it marks the 30th anniversary of the Americans with Disabilities Act (hereinafter the “ADA”). This landmark civil rights statute has broken many barriers for millions of Americans with disabilities. It has had a positive impact by ensuring equal opportunity, independence, and full participation of people with disabilities in American society. Despite the positive impact the ADA has had on the disability community, many individuals still face various challenges in many aspects of daily life, including a lack of access and equal opportunity within the workplace, public and private places of accommodation, and schools.

The passage of the ADA did not occur overnight. Prior to 1988, when the first ADA was introduced to Congress, individuals with disabilities began to challenge societal barriers that excluded them from their communities. For example, parents of children with disabilities began to fight against the segregation and exclusion of their children within all aspects of daily life. People with disabilities and advocates sat in federal buildings, obstructed the movement of inaccessible buses, and marched through the streets to protest injustice. As a result of their tenacious advocacy, Congress passed the ADA in 1990. The purpose of the ADA is to provide a clear and comprehensive national mandate for the elimination of discrimination against individuals with disabilities. More specifically, it prohibits discrimination against people with disabilities in employment, state and local government services, public accommodations, commercial facilities, transportation, and telecommunication.

The Definition of “Disability”

The ADA defines an individual with a disability as someone who has: (1) a physical or mental impairment that substantially limits one or more major life activities; (2) a record of such an impairment; or (3) is regarded as having such impairment.

The ADA and the definition of disability more specifically have been the subject of much litigation and interpretation. In fact, there have been at least twenty United States Supreme Court cases about disability-related issues, four of which narrowed the definition of a disability. One such case was Sutton v. United Air Lines, Inc. In Sutton, the plaintiffs were twin sisters who were denied employment opportunities as commercial pilots because they were unable to meet the requirements of the airline vision standard without the assistance of corrective lenses. The Sutton sisters were both severely myopic, with uncorrected vision worse than 20/200. The plaintiffs argued that they were discriminated against by the airline company on the basis of a disability. The United States Supreme Court disagreed and concluded that mitigating measures such as medication, prosthetics, hearing aids, other auxiliary devices, diet and exercise or any other treatment must be considered in determining whether an individual has a disability under the ADA. Because the Sutton sisters corrected their vision with lenses, the Court held that they were not disabled. This decision aligned with the Court’s narrow interpretation of disability at that time.

In 2008, the Americans with Disabilities Act Amendments Act (the “ADAAA”) was signed into law and amended the Americans with Disabilities Act of 1990. The ADAAA was enacted to counteract the Supreme Court’s narrow interpretation of disability and provide broad protection from discrimination, thereby superseding several Supreme Court decisions, including Sutton. Further, in enacting the ADAAA, Congress made it easier for individuals seeking protection under the ADA to establish that they have a disability. The statute also shifted the focus from whether the individual seeking the law’s protection fit within the meaning of the statute to whether that individual had experienced discrimination. In so doing, the ADAAA increased the number and types of persons protected under the ADA.

What More Needs to Be Done?