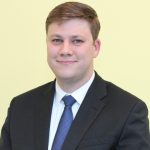 On Tuesday, March 10th, the United States Court of Appeals for the D.C. Circuit held in a 2-1 three-judge panel decision that the Department of Justice must turn over grand jury materials associated with special counsel Robert Mueller’s investigation into Russian interference in the 2016 Presidential election to the House of Representatives.  This upheld the decision reached by the district court in 2019, but it may be appealed.  This is but one effort by the House to force the White House to divulge information pertinent to the Russia investigation.  Two weeks ago, a three-judge panel rejected the House’s request to subpoena the testimony of former White House counsel Don McGahn.  The panel of judges in that case found that the House lacked the necessary standing.  With regard to the grand jury materials, this is a battle that has been ongoing between the Justice Department and the House Judiciary Committee since July when the Committee sought for these to be turned over.

When are Grand Jury Materials Accessible?

The purpose of the grand jury is to investigate crimes and, where the evidence is satisfactory, indict suspected individuals.  It is of great importance in a grand jury hearing that secrecy be maintained.  In past decisions, the Supreme Court has described this emphasis on secrecy as “indispensable” and that “the proper functioning of our grand jury system depends upon the secrecy of grand jury proceedings.” Federal Rule of Criminal Procedure 6(e) governs the policy on grand jury secrecy.  While this rule largely calls for grand jury proceedings and materials to be kept secret, there are also two exceptions.  First, parties may gain access to grand jury materials when directed by a court in connection with a judicial proceeding.  The Rules specify the requirement for a “particularized need” in these cases.  This is the exception at work in the Mueller grand jury case.  The second exception calls for automatic access when the materials are sought by government attorneys or individuals deemed necessary by a government attorney.

What Does This Mean?

The House Judiciary Committee seeks the grand jury materials as part of a greater legal proceeding centered on uncovering further evidence of impeachable offenses.  The committee argued that they conducted a qualifying legal proceeding and that the committee by its nature demonstrated a “particularized need” for the materials.  This particularized need, they argue, is evinced in the likelihood that new evidence found in the materials would give the Committee a basis for new, additional impeachable offenses.  Lastly, the Committee argued that the release of jury materials was a decision for the district court, not the executive branch or, more specifically, the Justice Department.

The Justice Department argued that the interests of grand jury secrecy justified not releasing any materials.  The Court was not convinced by this argument, finding that the Committee’s need for the evidence was sufficiently persuasive to outweigh concerns of secrecy.

In this holding in favor of the House, the Court found that the Committee’s activities satisfied the requirement for a legal proceeding and that they had shown the “particularized need” necessary to receive access to grand jury materials.  This begs the question as to why the Court found that the Committee did demonstrate such a need for the grand jury materials but not for Don McGahn’s testimony.  The Court in the McGahn case held that ruling in favor of the House would open the floodgates for legal proceedings whenever the Executive Branch and Congress differed on an issue.  The Court also held that these matters are best resolved in negotiation.

The House, however, seeks to question McGahn regarding his more than thirty hours of testimony to Robert Mueller’s investigative team during their Russia probe.  McGahn’s name also appeared numerous times in Mueller’s final report. The Court did not adopt in its opinion the Justice Department defense that McGahn held absolute immunity from the House Judiciary Committee’s inquiry.  Therefore, it is not fully clear why the Court found that the House failed to demonstrate “particularized need” with regard to the McGahn testimony but does do so in the broader instance of grand jury materials.  In the matter of the grand jury materials, the Court distinguished these materials from the testimony of officials and found that the Department of Justice’s role in legal matters regarding grand jury materials is merely custodial.