Business Bankruptcy and Bonuses: Are Executive Bonuses Mismanagement of the Debtor Company’s Estate? 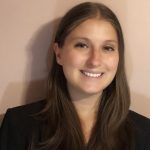 Business bankruptcy is a tool commonly used by companies who need to escape from debts owed to their creditors to stay afloat. Companies can reorganize their business through a Chapter 11 bankruptcy by having leeway to get out of contracts which are causing the company losses, such as a ten-year lease for a retail store which is not making any money in that location after five years. While filing for bankruptcy to be able to reorganize your business sounds dismal, it is often in the best interest of the business as well as employees and consumers. But just how much can a business still do while in a bankruptcy proceeding?

While bankruptcy protection for individuals began in 1800 in the United States, it was not until the third enactment of bankruptcy laws 67 years later that businesses could use bankruptcy to protect themselves from their creditors. The first two times bankruptcy laws were enacted in the United States were short lived and quickly repealed. These had been put in place only as a temporary measure to deal with economic downturns in 1800 and 1837. Today, bankruptcy laws are in place both for individuals and businesses. While the Federal Government has not tried to end the protections of bankruptcy since its nationwide passing in 1898, sometimes companies filing for bankruptcy request to take actions that seem at odds with having filed for bankruptcy.

The Government’s Role in Bankruptcy

A Chapter 11 bankruptcy allows businesses to reorganize so they can stay afloat by allowing them to restructure their debt, pay off portions of their debt over time, and have debts discharged. After having their bankruptcy plan approved, “the debtor shall be discharged from a debt” unless that debt falls under a category the statute specifies is not dischargeable. Bankruptcy also gives businesses protection from their creditors who may be holding assets until they receive past payments that are owed to them. While bankruptcy protects businesses from their creditors, once entered into a Chapter 11 bankruptcy, the government has the ability to control some of the company’s actions. For example, the bankruptcy judge must confirm the business’s repayment plan and can require any consideration that is to be distributed to creditors upon confirmation of the plan to be deposited with the trustee. This means that if the business has assets which will be liquidated to pay off some of the debts, the judge can require those assets to be turned over to the trustee during the bankruptcy proceeding for safekeeping. Additionally, 11 USCS § 1112 allows the court to dismiss the bankruptcy for cause, which includes a myriad of reasons including unauthorized use of cash collateral. Cash collateral is cash and anything else of value that is to be given to creditors as partial payment for the debts the company owes to them. The unauthorized use of cash collateral is substantially harmful to the creditor because it means there is less money to be paid to them, leaving them high and dry due to the business’s poor money management decisions. Additionally, gross mismanagement of the estate is another reason for dismissal of a Chapter 11 bankruptcy proceeding and goes hand in hand with unauthorized use of cash collateral. If the company is allowed to spend money however they please, they may mismanage their assets by using them in a way that is at odds with the bankruptcy proceeding and unnecessarily causes them more debt while leaving less money to be paid to their creditors. Potentially giving millions of dollars in bonuses to executive employees would appear like a mismanagement of a business’s assets, a cause for dismissal of the bankruptcy proceeding, yet that’s exactly what Hertz has asked a bankruptcy court for permission to do.

Hertz filed for bankruptcy on May 22, 2020, likely due to the decrease in travel caused by the novel Covid-19 pandemic. At the end of August, Hertz asked the judge presiding over the bankruptcy proceeding to approve millions of dollars in executive bonuses, citing the need for Hertz management to have motivation to “accomplish the new and difficult tasks before them.” It is not clear whether the judge will accept this proposal. However, Hertz having the chance to ask for the ability to give bonuses to upper level executives during their bankruptcy is within the law. Notably, a similar event occurred in February of this year when a Texas bankruptcy judge approved bonuses of up to $106.2 million in a Chapter 11 bankruptcy filed by McDermott, an engineering and construction company.

As expected, filing for a Chapter 11 bankruptcy to reorganize the company caused Hertz’s stock value to plummet. Despite the late May bankruptcy filing, in June Hertz was given permission by a federal bankruptcy judge to sell up to $1 billion worth of their stock, which had dropped 82% in value since January. Hertz began the sale of their stock, warning buyers that the stock may end up “worthless”.  Importantly, stockholders are only paid when, and if, all higher listed secured creditors are paid in the bankruptcy. However, despite the bankruptcy judge’s approval of the sale, the Securities Exchange Committee stepped in and deterred Hertz from continuing the sale of their stock. While Hertz decided to stop the sale after the SEC stepped in, this leaves us to question what exactly are the limits to what a business can do while asking for Federal protection in a bankruptcy proceeding.

While bankruptcy is an important part of our economy, the limits on what a business can do while in a bankruptcy proceeding are blurry. Thankfully, our checks and balances keep businesses in line and protect consumers and creditors alike when they may otherwise be left high and dry by a business’s ideal actions.

David Haynes, History of Bankruptcy in the United States, THE BALANCE, Feb. 13, 2020.