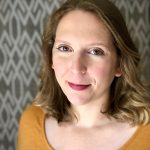 This summer, the LGBTQ+ community celebrated a major victory in our country’s highest court. The 6-3 ruling in Bostock v. Clayton County interpreted the protection against workplace discrimination “on the basis of sex,” under Title VII of the Civil Rights Act of 1964, to include protections for gay and transgender employees. Therefore, the Court held, it was a violation of Title VII to fire an employee for being gay or transgender. In the consolidated case R.G. & G.R. Harris Funeral Homes Inc. v. E.E.O.C., the reasoning was simple enough: but-for the fact that her sex assigned at birth was recorded as male, Aimee Stephens, a transgender woman and employee of the funeral home, would not have been fired. While Aimee Stephens passed away only a month before this momentous decision, her fight changed the future for all transgender people in our country.

Gavin Grimm’s fight continues on. The summer between his freshman and sophomore year of high school, Gavin came out to his family as male and began to express his gender in all aspects of his life. Come fall, he would start the school year like any other teenage boy. He and his mother met with school administrators to notify them of Gavin’s intention to express his male gender at school. They provided the school with a letter from his psychologist, which stated that Gavin “should be considered and treated as a male, and that he should be allowed to use restrooms consistent with that identity.” At first, Gavin was directed to use the restroom in the nurse’s office, however, that soon proved impractical. After a few weeks, Gavin asked again to use the boys’ restroom and the principal granted him permission. Gavin used the boys’ restroom for seven weeks without incident until parents learned of the arrangement and began to complain. Their complaints ranged from ignorant remarks to transphobic accusations and insults. The Gloucester County School Board (“the Board”) responded by implementing a strict policy mandating that students could only use the restroom matching their “biological gender” and those who did not abide by this rule would face disciplinary consequences. Gavin could use the bathroom in conflict with his gender identity or he could use an “alternate” restroom located far from where his classrooms were. Separate was not equal. Gavin’s education suffered. He started to practice bathroom avoidance and subsequently experienced persistent urinary tract infections. His mental health deteriorated, and he was hospitalized for suicide ideation as a result of this stigmatized environment.

In June 2015, Gavin sued the Board alleging that by prohibiting him from using the boys’ bathroom, it discriminated against him “on the basis of sex,” violating the Equal Protection Clause of the Fourteenth Amendment (“Equal Protection”) and Title IX of the Education Amendments of 1972 (“Title IX”), 20 U.S.C. § 1681(a). Title IX states in pertinent part “No person in the United States shall, on the basis of sex, be excluded from participation in, be denied the benefits of, or be subjected to discrimination under any education program or activity receiving Federal financial assistance”.

Throughout this controversy, Gavin continued his gender affirmation journey. Ultimately, the Gloucester County Circuit Court directed the Virginia Department of Health to issue Gavin a birth certificate after declaring that Gavin was “now functioning fully as a male”. Gavin received his new birth certificate in the fall of his senior year but when he and his mother provided it to the school and asked that his records be updated, the Board refused without providing a reason.

In June of 2017, Gavin graduated from high school with no resolution to his years long battle with the Board. He continues to pursue his claims while attending community college and preparing to apply to a four-year university. To do so, he’ll need his high school transcript – which still identifies him as female.

Gavin’s legal fight has evolved since he first filed suit in 2015, at one point reaching the Supreme Court with oral arguments scheduled. The Court, however, remanded the case in light of a Trump administration decision. Gavin eventually amended his complaint to include the assertion that the Board also violated Equal Protection and Title IX by refusing to update his gender on his school transcript. A district court granted Gavin’s motion for summary judgment on both of his claims and the Board appealed.

On August 26, 2020, the Fourth Circuit upheld the district court ruling by responding “resoundingly yes” to the question of “whether equal protection and Title IX protect transgender students from school bathroom policies that prohibit them from affirming their gender.” Identifying transgender people as a “quasi-suspect” class, the court applied intermediate scrutiny for the Equal Protection claim. The court found that the Board’s policy was not substantially related to protecting student privacy and, therefore, violated Equal Protection. Similarly, the court found that the Board’s refusal to update Gavin’s school records violated Equal Protection. Here again, the Board’s refusal was not substantially related to the interest of maintaining accurate records for students since Gavin had legally affirmed his gender with the state of Virginia.

The court also ruled in favor of Gavin on his Title IX claim. Since the school received federal financial assistance, it was subject to Title IX.  Using Bostock as guidance, the court applied the same interpretation of “on the basis of sex” in Title VII to Title IX. The court found that but-for Gavin’s sex assigned at birth, he would have been allowed to use the boys’ restroom. The Fourth Circuit quoted the Supreme Court in Bostock saying, “it is impossible to discriminate against a person for being homosexual or transgender without discriminating against that individual based on sex.” Next, the court found that the improper discrimination caused Gavin harm, noting the shame and stigma Gavin felt because of the policy, the physical discomfort it caused him, and the mental toll he experienced from being othered. Ultimately, the Fourth Circuit found that the bathroom policy unlawfully discriminated against Gavin because it treated him worse than others who were similarly situated, specifically the other teenage boys in school, violating Title IX.

The Board isn’t giving up, however. On Wednesday, September 9, 2020, the Board filed an en banc petition with the Fourth Circuit, signaling that one day, Gavin’s case may reach the Supreme Court again. And what will the Court say when it gets there?

A growing number of federal courts have ruled in favor of protections for transgender students in schools. A few weeks before the Fourth Circuit ruling, Drew Adams won his case in the Eleventh Circuit against the St. John’s County, Florida School Board. There, the court held that the school’s policy barring transgender students from using the boys’ restroom violated their rights under Equal Protection and Title IX. In 2018, the Third Circuit upheld a Pennsylvania district court’s refusal to enjoin a school district from allowing transgender students to use bathrooms and locker rooms that were consistent with the students’ gender identity. The suit, brought by a group of anonymous students and their parents, alleged that their own “constitutional rights of bodily privacy” were violated by the policy. The Third Circuit disagreed, upholding the right of transgender students like Aidan DeStefano, to use the restroom and locker rooms consistent with their gender identity. In the Seventh Circuit case, Whitaker v. Kenosha Unified School District, Ash Whitaker won when he sued his School District claiming the school’s bathroom policy violated Equal Protection and Title IX.

While the growing consensus of lower federal courts is to strike down these discriminatory bathroom policies, it is still unclear if and when the Supreme Court will take up the issue and when it does, how it will rule. Will the Court simply apply its interpretation of “on the basis of sex” in Title VII to the same language in Title IX? Justice Gorsuch writing for the majority in Bostock declined to address the issue in that ruling saying “[W]e do not purport to address bathrooms, locker rooms, or anything else of the kind.” Dissenting, Justice Alito chastised the majority’s position saying, “The Court’s brusque refusal to consider the consequences of its reasoning is irresponsible”, while he echoed the well sung refrain that these issues are matters for the legislature. One thing is for sure, when the highest court does rule on the issue, it will have a lasting impact on the lives and futures of Gavin Grimm, Drew Adams, Ash Whitaker, Aidan DeStefano, and transgender people across the country.

Photo courtesy of the ACLU