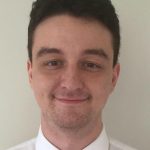 In 2015, Kanye West announced his bid for the 2020 presidency, only to announce a few months later that he would instead be setting his sights on the 2024 election. West has apparently reverted back to his original stance, and on July 5th of this year announced his official 2020 bid for the presidency of the United States on Twitter. For his running mate, West has chosen Michelle Tidball, a Wyoming native and biblical life coach.

West appears serious about his chances of winning. His wife, Kim Kardashian West, and billionaire entrepreneur Elon Musk have publicly supported West’s bid, and West has been hard at work getting his name onto ballots across the country. Both West and his wife have praised current President Donald Trump since his election in 2016. West visited the president at the White House in 2018 to show his support while donning a “Make America Great Again” hat, and Kim has successfully lobbied the current administration to release a number of female prisoners.  Since his 2018 visit, West seems to have changed his stance on the current president, criticizing him on multiple occasions and announcing in a recent interview with Forbes that he is “taking the red hat off.”

West, who claims to have never voted in his life, has notably struggled to get his name placed on the ballots in numerous states. West and Tidball’s campaign has recently brought legal challenges against state secretaries alleging he was improperly excluded from ballot access this November. In West Virginia, West was denied access to the state ballot after the secretary’s office struck over half of the 15,000 signatures presented to it, leaving West’s petition just 760 signatures short. In Wisconsin, West was denied having his name added to the ballot after submitting his nominating petition just fourteen seconds after the 5 p.m. filing deadline. West’s campaign was dealt another blow on September 10th when the Supreme Court of Ohio denied it a writ of mandamus to compel the Ohio Secretary of State to accept the West and Tidball’s statement of candidacy and nominating petition for president and vice president of the United States, as well as to certify their names for placement on the November ballot. So why does West keep getting rejected?

Getting on a Presidential Ballot

West fulfills the basic qualifications for the presidency, set out in Article 1 Section 2 of the United States Constitution, which states that a candidate must be a natural born citizen, at least thirty-five years old, and a resident in the country for at least fourteen years. Where West’s campaign struggles is when it comes to navigating state ballot access laws.

Generally, an independent must petition for placement on the general election ballot in all 50 states and Washington, D.C.. Signature requirements for such petitions vary by state, with some going so far as to allow independent candidates to pay a filling fee in lieu of collecting a specified number of signatures. In Ohio, independent candidates are required to file a statement of candidacy with the office of the Secretary of State at least 90 days before the day of the general election. Candidates must then circulate that statement of candidacy and successfully gather a minimum of five thousand signatures from electors in the state. Importantly, when multiple petitions are circulated at once to facilitate collection of signatures, a copy of the original statement of candidacy filed with the Ohio Secretary of State must be circulated with each petition. It is this requirement that West’s campaign failed to properly satisfy.

West and Tidball believed that their petition was rejected because the Secretary of State’s office could not determine which of the two Tidball signatures was genuine and argued to the Ohio Supreme Court that because both signatures were genuine the Secretary of State should be compelled to accept their nominating petition. The court, in a per curiam decision, reading the language of the statute, determined that this argument was without merit. Under the state’s ballot access laws a filed statement of candidacy, and the signatures authenticating it, need to match and here they did not. Because West and Tidball never argued that the statement of candidacy they circulated with their petitions matched the statement of candidacy filed with the state office they could not compel the Secretary of State to accept their petition.

Unfortunately for the West campaign, this rejection by the Supreme Court of Ohio ultimately has the effect of denying his access to the ballot, as he would not be able to comply with the states ballot access laws by filing a new petition in time for the November election. If things continue as they are, West will likely have to consider trying his hand at the presidency again in another four years. He might also be best suited to try and get the backing of a major political party, as that would save him the trouble of navigating the ballot access laws of each individual state.

Randall Lane, Kanye West Says He’s Done With Trump—Opens Up About White House Bid, Damaging Biden And Everything In Between, Forbes (Jul. 8, 2020)