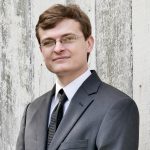 Former Ultimate Fighting Championship (UFC) fighters are now scheduled for a major legal fight against their former employer. On September 17, 2020 Judge Boulware indicated that he would grant class certification to former UFC fighters in their suit against Zuffa, LLC, the parent company of the UFC, for violations of anti-trust law. The grand prize for the plaintiffs, all former UFC fighters, could be between $894 million and $1.6 billion in damages.

This lawsuit began back in 2015, when a group of retired UFC fighters, including former world-champions Javier Vasquez, Nate Quarry, and Gabe Ruediger, sued the UFC for illegal business practices. The fighters claimed that the UFC created a monopsony in the labor market for elite Mixed-Martial Arts talent, and a monopoly in MMA promotions, which kept fighter pay low.

While a handful of former fighters initially brought the lawsuit against the UFC, they were not the only ones negatively affected by the UFC’s alleged anti-competitive behavior. A class action suit allows a large group of people, who believe that they have been wronged by the same defendant, to sue that defendant as a group, rather than each filing individual lawsuits. Here, the class action includes 1,214 former UFC fighters who fought in the UFC between December 16, 2010 and June 30, 2017.

The UFC has been the top stage for the best MMA fighters in the world for the past 15 years. On first glance this doesn’t seem different from other pro-sports leagues. The National Football League (NFL) is the premier league for the best American Football players in the world. The National Basketball Association (NBA) is home to the best basketball players in the world. The NBA and NFL control the labor market for talent in their respective sports. How could the UFC be sued up to $1.6 billion for their actions that are so similar to other sports leagues? To obtain class certification the plaintiffs had to show that the UFC differs from the NBA and NFL in how it compensates its athletes.

The UFC, the plaintiffs argue, differs from other sports leagues where athletes can negotiate contracts with different teams. The UFC does not have different teams, fighters only compete against each other in 1-versus-1 fights. The fighter’s contract is with the UFC, not a specific team that is part of the sports league.

The more appropriate parallel to the UFC is boxing, where fighters compete in 1-versus-1 fights and there are no teams. However, boxing does not have a governing organization that controls premier boxing talent, it has several. The professional boxing world is awash in different organizations, such as the WBO, WBA, WBC, IBF, IBO and so on, that negotiate individually with the fighters. This creates a free market for fighters to negotiate with different promotions. Between 2010 and 2017 UFC fighters were, in total, compensated $626 million, while during that same time period the appropriately nick-named boxer, Floyd “Money” Mayweather, made $638 million.

Although wages were not as high for UFC fighters as their boxing counterparts, UFC annual wages have still been rising year after year, with the average fighter in the UFC making $138,250 annually in 2018. Defendants lawyers argued that consistently rising wages indicate that the UFC’s business practices are not anti-competitive.

However, plaintiffs advanced a novel argument before Judge Boulware, arguing that the UFC’s allegedly anti-competitive behavior should be examined through fighter wage share, rather than raw wages. The “Big 4” sports leagues, the NFL, NBA, NHL and MLB, pay their athletes roughly 50% of league revenues. The UFC in contrast, only pays fighters about 20% of event revenues. The plaintiff’s expert witness, Dr. Hal Singer, an economist from Georgetown University, presented economic models which proposed that the UFC’s long-term fighter contracts, market control of elite MMA fighters, and consolidation of other MMA promotions enabled the UFC to keep fighter compensation around 20% of revenues. Dr. Singer hypothesized that without the UFC’s anti-competitive practices fighter compensation would range between 43%, or up to 77%, of UFC revenues. The $894 million to $1.6 billion is based off of this estimate.

It is important to put class certification in context. The plaintiffs have not proven that the UFC conducts illegal business practices, and this suit, which has already lasted five years is a long way from being over. What has been established is that the 1,214 former UFC fighters who make up the class in this suit have a common claim that their wages were suppressed by the UFC.

Patrick Auger, What you need to know about the UFC antitrust lawsuit hearings, The Body Lock (Aug. 28, 2019).