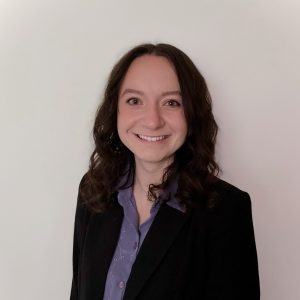 On September 30th, the Supreme Court announced it would add a Boston religious freedom case to its docket. The claim in Shurtleff v. Boston involves Camp Constitution, a Christian group, which requested the city of Boston to fly a flag bearing a Christian cross over its city hall. Camp Chistrian defines itself an all-volunteer association, seeking “to enhance understanding of the country’s Judeo-Christian moral heritage.” By raising the flag with a cross, Camp Constitution wishes to call attention to the religious heritage of Boston.

In many ways, Shurtleff turns on the question of whether flying a flag with a Christian cross above a city hall violates the Establishment Clause. If the city hall was not government property, then Camp Constitution would likely have a stronger free speech argument. The Court often uses the Lemon test put forth in Lemon v. Kurtzman to evaluate Establishment Clause cases on government displays of religious material. Under the Lemon Test, the government cannot: (1) promote or affiliate with any religion; (2) discriminate on the basis of religion; (3) delegate governmental powers to religious institutions; and (4) involve themselves too deeply in the affairs of religious institutions.

In Shurtleff, Camp Constitution will likely argue that the city is discriminating against it on the basis of religion. This is because the city has allowed other organizations to fly various flags in the past. For example, the city permits flags to be flown from different countries, as well as LGBTQ+ pride flags.

The city may struggle to argue some of these points since the flag appears to be relatively innocuous, and the city already flies many other flags. For example, in County of Allegheny v. American Civil Liberties Union, Greater Pittsburgh Charter, the Court emphasized the setting and context of religious displays on public property. There, the county displayed a Christmas crèche prominently on government property. This prominence, according to the Court, suggested government support of the Christian faith, which is prohibited by the Establishment Clause.

Looking at County of Allegheny, the Court’s decision on the constitutionality of the cross-bearing flag in Boston may turn on how each party can frame the flag itself. Here, Camp Constitution may argue that its flag lacks the prominence to demonstrate government support of Christianity, especially since the city flies many other flags besides the proposed Christian cross flag. If Camp Constitution can characterize the flag as a fairly neutral symbol that would not stick out amongst the other flags the city flies, then it may prevail. However, if the city can maintain that flying the flag is prominent and not harmless, it is more likely to prevail.

Justice Samuel Alito recently attempted to dispel any criticisms of the Court’s use of the shadow docket, stating, “[t]he catchy and sinister term, ‘shadow docket’ has been used to portray the court as having been captured by a dangerous cabal that resorts to sneaky and improper methods to get its way. And this portrayal feeds unprecedented efforts to intimidate the court or damage it as an independent institution.” Whether the Court’s acceptance of this case and other religious freedom cases on the shadow docket indicate a particular friendliness to religious groups’ claims is unclear. But perhaps the resolution of Shurtleff might illume the answer to that question.