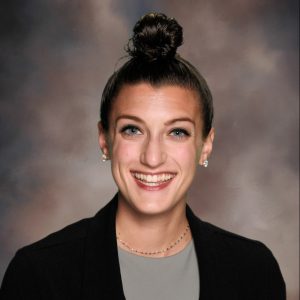 This fall, The Wall Street Journal published a ten-part investigative series, The Facebook Files, that was founded on internal Facebook information provided by an anonymous source. This Facebook Whistleblower, Frances Haugen, revealed her identity on October 3 during a CBS 60 Minutes Interview, prior to her testimony before the Senate Committee on Commerce, Science & Transportation on October 5.

Haugen, a former Facebook Product Manager, filed eight whistleblower complaints with the Securities Exchange Commission (SEC). Haugen alleges that Facebook has consistently and repeatedly misled investors and the public regarding its impact on users. The complaints are based on tens of thousands of internal documents that Haugen copied prior to her resignation. These documents contain Facebook’s internal research regarding the harmful effects of the platform on several topics, ranging from the 2020 Presidential Election to teens’ mental health. Despite its alarming research results, Facebook elected not to implement precautionary or remedial measures, and has issued statements that contradict these internal findings. Accordingly, these documents serve as the foundation of Haugen’s securities complaint.

Haugen, in her opening statement to the Senate Committee on Commerce, Science & Transportation, Sub-Committee on Consumer Protection, Product Safety, and Data Security, highlighted safety concerns associated with Facebook’s current lack of transparency and oversight regarding its practices in regulating the social media platform. In doing so, she implored the government to regulate the social media industry the way it previously addressed similar safety issues stemming from big tobacco, seatbelt-less cars, and opioids.

Haugen’s SEC complaints demonstrate the negative consequences of Facebook’s lack of transparency. The complaints allege Facebook misled the investors and the public regarding its:

Under the SEC Whistleblower Incentives and Protections program, a whistleblower is an individual who “provides[s] the Commission with information in writing that relates to a possible violation of the federal securities laws . . . that has occurred, is ongoing, or is about to occur.”[2]  The SEC awards reporting individuals if the complaint results in successful investigations and enforcement actions in excess of $1,000,000.

Alleged securities violations that the SEC pursues include, but are not limited to, fraud, insider trading, and false or misleading statements about a company. Haugen alleges Facebook made material omissions and misrepresentations about the company to investors and the public. To demonstrate such misrepresentations, the complaints contain comparisons between Facebook’s statements to the public and investors and the internal documents. For example, Facebook reported over 90% of hate speech is removed, while according to the internal records, only 3-5% of hate speech is actually removed from the platform. Such disconnects, she alleges, amount to securities violations.

The SEC Whistleblower and Incentives Program protects employees who report such potential securities violations to the Commission or Congress from employer retaliation. Accordingly, Facebook is barred from retaliating against Haugen for disclosing information to the Commission and Congress. However, Haugen also provided these documents to The Wall Street Journal; the SEC whistleblower protections do not extend to the press. As a result, Facebook could possibly bring suit against Haugen for releasing confidential information to the news outlet.

Haugen’s testimony and SEC complaint provided Congress solid evidence of the harmful consequences that the lack of oversight, minimal regulation, and powerful social media algorithms have on the public. Accordingly, Haugen’s whistleblower complaint bolstered legislators’ calls to limit liability protections for social media companies under Section 230 of the Communications Decency Act. On Thursday, October 14, the House Committee on Energy & Commerce announced a bill, The Justice Against Malicious Algorithms Act of 2021. The bill proposes to limit the existing liability shields for social media platforms when the company recklessly or knowingly, through its algorithms, recommends injurious content to users. If passed, this bill could have sweeping consequences for social media companies and could help create a safer social media environment for users.

SEC Off. of the Whistleblower, FAQs, https://www.sec.gov/whistleblower/frequently-asked-questions (visited Oct. 16, 2021).

SEC Off. of the Whistleblower, Resources, https://www.sec.gov/whistleblower/resources (visited Oct. 16, 2021).

“The path forward is about transparency and governance,” she said in a video on her GoFundMe page. “It’s not about breaking up Facebook.”

Photo courtesy of The Mercury News