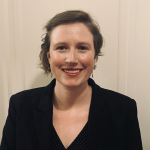 Dawn Wooten is a nurse who worked in Ocilla, Georgia at the Irwin County Detention Center, which houses up to 1,200 immigrants detained by Immigration and Customs Enforcement (ICE). Ms. Wooten was demoted from a full-time nurse to an “as needed” nurse which she believes was punishment for asking “hard questions” about the safety procedures and health care protocols at the Irwin County Detention Center.

Project South, other legal groups, and Ms. Wooten filed a 27-page complaint with the Inspector General, Office for Civil Rights and Liberties, ICE, and the Warden of the Irwin County Detention Center on September 14, 2020. While Ms. Wooten’s concerns and the complaint focus primarily on the substandard COVID-19 precautions, the complaint also raises flags about the “rate at which hysterectomies–the surgical removal of the uterus–are performed on immigrant women detained at the facility.” The concerns include that these procedures were being done without the patients’ understanding and consent because of misinformation and language barriers. Further, there are allegations that sterilizing procedures were performed even when they were not medically necessary.

According to the complaint, a detained immigrant told Project South that she personally talked to five women at the facility who received hysterectomies between October and December 2019. The complaint further alleges that one particular gynecologist at Irwin County Hospital, Dr. Mahendra Amin, performs the majority of the procedures ranging from hysterectomies to tubal ligation. A top medical official with ICE disputed these claims in a statement explaining that agency data shows only two women have been referred for hysterectomies from Irwin County detention since 2018. Associated Press reported that more females detained by ICE have stepped forward and alleged that there were surgical procedures performed on them without their informed consent, the report also stated that it was unable to substantiate the mass hysterectomies alleged at the detention center.

“Three generations of imbeciles are enough”

That is the infamous line by Justice Holmes in the 1927 Supreme Court case Buck v. Bell. Which resulted in the Court affirming the involuntary sterilization of Ms. Buck, a young woman deemed “feeble-minded.”  The decision upheld a Virginia statute that provided for the sexual sterilization of individuals in state supported institutions who are “found to be afflicted with a hereditary form of insanity or imbecility.” The Supreme Court rejected arguments that forced sterilization violated either the Eighth Amendment (cruel and unusual punishment) or the Fourteenth Amendment (equal protection).

Justice Wendell Holmes, Jr., stated “it is better for all the world, if instead of waiting to execute degenerate offspring for crime, or let them starve for their imbecility, society can prevent those who are manifestly unfit from breeding their kind.” This decision held Virginia’s statute constitutional and allowed for sterilization in males by vasectomy or in females by salpingectomy (surgical removal of one or both fallopian tubes) as long as it could be performed without “serious pain or substantial danger to life” and the proper procedural process is followed.  This Supreme Court case has never been overturned.

The Supreme Court Distinguishes Other Cases

The 1942, Supreme Court case Skinner v. Oklahoma, is often reasoned to have the effect of limiting or undermining the rationale of Buck v. Bell.  The Skinner Court ruled on the constitutionality of Oklahoma’s Habitual Criminal Sterilization Act of 1935. The state statute provided a process for initiating a legal proceeding against a “habitual criminal” whereby the Oklahoma courts could order such person to be rendered sexually sterile. “Habitual Criminal” is defined as a person who, had been convicted two or more times for “crimes amounting to felonies involving moral turpitude.” The equal protection issue was based on the classification of felonies under the “moral turpitude” standard; some felonies were classified as a felony of moral turpitude and could then subject the defendant to sterilization while other felonies were excluded.  Specifically at issue was the crime of embezzlement which was excluded as a qualifying felony of moral turpitude, while larceny a closely related crime was included. Therefore, the Court held that the law “lays an unequal hand on those who have committed intrinsically the same quality of offense and sterilizes one and not the other.” The court held that because defendants who committed larceny and embezzlement, should be considered “similarly situated,” the imposition of different punishments, sterilization or not, was in violation of the Equal Protection Clause and the Oklahoma Act was invalidated.

A critical reading of Skinner shows that it did not directly address whether forced sterilization was punitive in nature, whether it constituted cruel and unusual punishment, or whether it violated the due process clause of the Fourteenth Amendment. Rather the Skinner Court distinguished itself from Buck, by using the Equal Protection analysis and on the tangential procedural ground of “right to be heard.” The Skinner Court did provide important language indicating “marriage and procreation are fundamental to the very existence and survival of the race,” which is heavily cited in subsequent cases.

The 21st Century – Forced Sterilization Must be Over?

Federally funded sterilization programs took place in 32 states throughout the 20th Century. These programs had disproportionate and devastating impacts on immigrants, people of color, poor people, unmarried mothers, and disabled individuals. The Center for Investigative Reporting estimated that as many as 70,000 Americans were forcibly sterilized during this period.

But it is unclear whether forced sterilization is a practice of the past. The 2013 documentary “Belly of the Beast” follows Kelli Dillon, a former California inmate and survivor of involuntary sterilization and her lawyer, Cynthia Chandler as they delve into this practice. From 2006 to 2010, “nearly 150 women were sterilized in California’s prisons without the state’s approval.” On the heels of press and pressure and advocated for by Ms. Dillon, SB 1135 “Anti-Sterilization Bill” was put into law banning unlawful and non-consensual sterilization of California prisoners in 2014.

In 2017 Judge Sam Benningfield, signed a standing order allowing inmates to receive up to an addition thirty days of jail credit in exchange for taking a class and then “undergoing a procedure providing long-term birth control, which included either a vasectomy for males or a Nexplanon implant for females.” The Judge rescinded his order only two months later after public criticism and civil right activists issued statements. In that time seventy individuals participated to some degree in the program to receive medical treatment for jail credit.

Is the ICE Detention Practice of Forced Sterilization Legal?

Likely, the ICE Detention Practice of Forced Sterilization, if it was to be substantiated, could be found to be illegal on either a statutory ground or under the US Constitution. Some in the legal community have theorized based on Supreme Court precedent that the Court would likely apply the strict scrutiny test, holding that procreation is a fundamental right. But the legal trajectory for a constitutional ruling on a case of government reproductive abuse, is not clear. Even in 2020 after decades of related cases, the United States Supreme Court has not overturned Buck v. Bell.