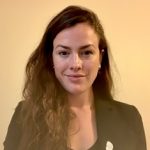 Bernard Cohen, who argued the landmark case Loving v. Virginia (1967), died on October 12th, 2020 at age 86. This loss comes exactly one week after Justices Thomas and Alito publicly questioned the constitutional foundation of Obergefell v. Hodges – the case that extended the right to marry, first outlined in Loving, to same-sex couples. The timing of these events reminds us that Loving cannot be disentangled from Obergefell without coming undone.

At issue in Loving was a Virginia statute prohibiting interracial marriage. There, the Court relied on both the equal protection clause and the due process clause of the 14th Amendment to invalidate the statute. The Court held that the law’s invidious purpose could not be used as a justification for denying the Lovings the freedom to marry – “one of the vital personal rights essential to the orderly pursuit of happiness.” The right to marry and to choose who to marry was recognized as a component of liberty protected by the 14th Amendment’s due process clause. The right to marry was affirmed in Zablocki (1978). There, the court invalidated a Wisconsin statute that prohibited anyone with unpaid child support from getting married. In Turner (1987) the court held that the right to marry belongs to individuals and extends to inmates.

In 2015, while Obergefell was pending, Cohen remarked, “the decision in Loving brought enough to encompass the principle involved in the same-sex marriage case .  .  .  the constitutional principle involved is the same, the right to marry is a constitutionally protected right of liberty. I think it’s that easy.” A narrow majority agreed. Four Justices, including Thomas and Alito, wrote vigorous dissents, criticizing the decision as judicial activism and an attack on religious liberty. The recent comments from Justices Thomas and Alito echo those concerns and signal a desire to rethink the principle established in Obergefell­.

Moreover, the notion that Obergefell is the product of unfettered judicial activism undercuts the significance of Loving and its progenies (Zablocki, Turner). The right at issue in Obergefell was not simply the right to same sex marriage, as it was characterized by the dissent, but rather the right to marry and the right to choose who to marry “inherent in the concept of individual autonomy.” Here, as in Loving, restrictions on the right to marry were impermissibly based in animus. While concerns over judicial activism are valid, they should be wielded with caution. One should not read the law with the purpose of reaching a desired policy result, but it is equally dangerous to ignore precedent to achieve a preferred outcome.

Justice Thomas’ remarks also highlighted tensions between the free exercise clause of the 1st amendment and the 14th Amendment’s due process right to marry. These sorts of tensions are inevitable in a society that privileges individual rights. It is the duty of the court to strike a balance between competing rights and delineate their boundaries. When an individual’s religion condemns interracial marriage, the court has defined the limits of that individual’s right to free exercise in relation to other’s right to marry. Surely, the court is also capable of resolving conflicts between free exercise and the right to marry as it applies to same sex couples. Additionally, the focus on the tensions between religion and the rights of same sex couples leaves LGBTQ individuals who belong to religious communities out of the conversation. The complex role of religion in our social and legal world is beyond the scope of this article.

In 1967, the Supreme Court recognized the right to marry as implicit in the 14th Amendment’s due process clause. In 2015, the court extended that right to same sex couples. Five years later that decision is being questioned from the bench. Should the court revisit the issue, and undo Obergefell, it will do a disservice the promise of Loving.

Note: For a more in-depth discussion of religion and the right to marry see Enemy and Ally: Religion in Loving v. Virginia and beyond, 86 Fordham L. Rev. 2659.