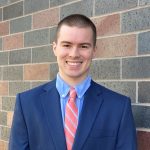 On September 2, 2019, at around 3 in the morning, a crewmember aboard the Conception was awakened by a noise. He saw a “glow” outside his upper deck bunkroom and realized that a fire had started in the salon below. He awakened other crewmembers and the captain sent a radio distress message to the Coast Guard. Some crewmembers tried to reach the lower compartment where 33 passengers and 1 crewmember slept, but the compartment was blocked by a wall of fire and thick smoke.

Some crewmembers jumped overboard and swam around to the stern to access the salon from another angle, but the fire blocked their access there too. The Coast Guard arrived on scene a little over an hour later, but the damage was done. The boat had burned to the waterline and sank. No survivors were found.

Just three days after the fire aboard the Conception, anticipating a lawsuit from the passengers’ families, Truth Aquatics, the owner of the boat, filed a petition under the Limitation of Liability Act of 1851. This law is codified at 46 U.S.C. §30501 et seq.,and sets a cap on damages for a broad range of losses and injuries that occur “without the privity or knowledge of the owner” to “the value of the vessel and pending freight.” If this is insufficient to pay all losses, the portion of damages available to pay claims for personal injury or death is raised to an amount equal to $420 dollars multiplied by the tonnage of the vessel.  Under their petition, Truth Aquatics claims they had no knowledge of any potential safety hazards    The families of 32 victims have filed counterclaims against the boatowners’ initial petition.

As of October 21, 2020, the news broke that the National Transportation Safety Board (NTSB) found that the owners of the Conception were partly responsible for the tragedy because they failed to hire a night-watchmen, who would have spotted the fire and saved potentially all 33 lives.

This precaution seems obvious in hindsight, it is only the latest of innumerable other failures by those who operate planes, trains, boats, and automobiles. All law students can recall the classic case of The T.J. Hooper in Torts, where two tug owners, who owned the “Montrose” and the “Hooper,” were held liable for not equipping their vessels with radio receiving sets, which would have enabled the boats to know about an unexpected storm and seek shelter accordingly. Judge Learned Hand solemnly stated that the chance a boat is not seaworthy is “a coefficient of prudence that he should not disregard.”

Another accident in recent memory is the helicopter crash that killed Kobe Bryant in January of this year. The NTSB has also opened an investigation into that crash.

The National Transportation Safety Board is an independent federal agency created by Congress to investigate every civil aviation accident in the United States as well as marine, railroad, and highway accidents. The Board determines the probable cause of every accident and makes recommendations to prevent those accidents in the future.

On October 20, the NTSB issued a synopsis of its findings, concluding that all 33 passengers and crewmember died of smoke inhalation after they were trapped in a berthing area while the fire raged on the deck above. It pointed to a battery-charging station that could have ignited the fire and called upon the Coast Guard to conduct inspections to make sure boats have “roving patrols.” The NTSB also found that passengers did not have an alternative escape from the fire, and recommended that having multiple ways to escape a compartment in the event of a fire.

Two primary regulatory agencies have the ability to regulate marine boats or aircrafts. First, the Coast Guard can make regulations to boat owners regarding emergency procedures. The Coast Guard inspects boats such as the Conceptionannually, so it’s unclear how inadequate safety measures could have been missed.

Another regulatory agency is the Federal Aviation Administration, which exists as a subdivision of the Department of Transportation cabinet department. While regulations are subordinate to laws and are designed to execute the laws, they are still enforceable. This means that if either agency adopts the NTSB’s recommendations, it will create regulations that would bind boat companies like Truth Aquatics.

Another prominent example of an agency’s investigation into the probable cause of a transportation accident is the helicopter crash that killed Kobe Bryant. The NTSB docket describes the crash of an N72EX, Sikorsky S76 in Calabasas, California on January 26, 2020. These reports don’t identify the passengers as Kobe Bryant or his daughter Gianna, however, keeping those details private.

Some interesting excerpts from the investigation provide information as to the tools and resources the NTSB may draw on to gather information. A document labelled “Video-Based Visibility Study” describes how video footage from Agoura Pony Baseball fields near Lupin Hill Elementary School in Calabasas captured the sound of the helicopter as well as images of the terrain at the time of the accident. Investigators considered the fact that the camera could not record the helicopter along with the distance to the farthest terrain features to estimate the visibility at the time of the accident.

Other documents include an “Aerial Imagery Report” and “Operational Factors/Human Performance.” Another document reporting on the “airworthiness” of the helicopter details the specifications of the Sikorsky that crashed as well as the pieces that were gathered from the wreckage.

These documents reflect the scope of the NTSB’s investigations into accidents such as the Conception fire and Kobe Bryant’s helicopter crash. The recommendations that come out of these investigations are not binding law, but may become enforceable if adopted by a regulatory agency such as the FAA or the Coast Guard.

It is tragic that accidents in boats, helicopters or any other vehicle occur so frequently. While rules and regulations are helpful, they can never be substitutes for human diligence and care. By learning from these tragedies, boat owners and others can hopefully create safer environments for passengers.