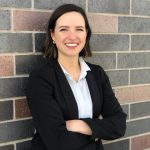 These lawsuits follow in the steps of a series of lawsuits aimed at Google and are part of a larger framework of suits aimed at tech giants, specifically Facebook. Facebook recently became the target of one of the largest antitrust cases in American history which was filed by the federal government and attorneys general. That case leveled similar allegations against Facebook for anti-competitive behavior.

In another ongoing lawsuit, filed October 20, 2020, the Department of Justice joined a number of attorneys general in a complaint alleging illegal action by Google in its protection of their monopoly in search and advertising.

What is the difference between the two latest suits?

Texas, et al. v. Google LLC, filed December 16, 2020, focuses on Google’s advertisement market. According to the complaint, Google has positioned itself at every point of the path between advertisers and publishers selling ad space. This practice, the suit alleges, allows Google to block out competitors and use insider information to win bidding wars for ad space.

Colorado, et al. v. Google LLC, filed December 17, 2020, concentrates on Google’s anti-competitive behavior in their search and search-advertising business. According to the suit, Google “uses its massive financial resources to limit the number of consumers who use a Google competitor.” Google pays companies like Apple billions of dollars every year to be the default search engine on IOS devices and does the same for Android.

What is Antitrust law?

Antitrust law originated in the era of oil barons and railroad tycoons who monopolized their respective industries. In response to these monopolies, Congress passed the Sherman Act which sought to promote and preserve free competition in the marketplace. The Supreme Court has repeatedly championed the Sherman Act and the premise that unrestrained trade will yield the “best allocation of our economic resources, the lowest prices, the highest quality and the greatest material progress, while at the same time providing an environment conducive to the preservation of our democratic, political and social institutions.”

The Federal Trade Commission works to ensure that competitors are given a fair chance within markets. As a result, agreements not to compete, such as price fixing, bid rigging, and market division are frowned upon because of their inherently harmful effect on consumers.

What is potentially wrong with Google’s actions?

“If the free market were a baseball game, Google has positioned itself as the pitcher, the batter, and the umpire.”

Every internet search user has noticed the amount of ads displayed on either side of the web pages they visit. The ads, disturbingly accurate, seem to be tailored to each individual user’s every thought and conversation. The reason for these ads is not that Google can read your mind—but if your Google searches were a glimpse into your mind, then Google has access to it.

Think of Google as a personal shopper whose aim is to gain the highest commission possible off of your searches. A simple Google search for a pair of socks generates any number of ads. A closer look at the ads that appear first on the search page reveal that the first half of the search page is taken up by ads instead of actual search results. Additionally, the socks are likely not the cheapest or best bang for your buck—instead, these search results likely brought up the ads whose buyers were willing to pay the most to place their ad front and center.

When a user visits a webpage, ad space is automatically generated and is up for sale to ad sellers. Within the milliseconds that it takes a page to load, bids are being launched for that ad space.

Google, as the manager of the platforms which sells the ad space, wields a large amount of power and inside information to the real prices of ads. The buyers of these ads often do not have access to this information and as a result, Google is able to charge more for the ads than they otherwise would sell for.

Google is present in nearly every optimal position in the path between advertisers seeking to place ads and publishers selling ad space. Because of this, Google has allegedly been able to favor some publishers over others and some advertisers over others based on who is willing to pay the higher ad price. As a result of this monopoly, Google made over $135 billion in selling online ads last year.

In the filed complaint against Google, the attorneys general allege that Google used “its powerful position on every side of the online display markets to unlawfully exclude competition.”

The ensuing legal battle, with a likely trial date set for 2023, will be long and painful. At this time, it is difficult to say what the result will be but if the attorneys general are successful, Google may end up paying fines, dropping out of businesses and restructuring deals with partners. The end result will surely impact the future of big tech and its power over consumers.