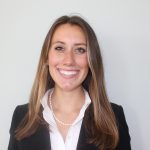 On September 26th, President Trump nominated Judge Amy Coney Barrett of the Court of Appeals for the Seventh Circuit to fill the seat Justice Ruth Bader Ginsburg dutifully held for the past twenty­–seven years. Judge Barrett could become the fifth woman to sit on the highest court in the land, and if confirmed by the Senate, likely will become the most conservative woman to sit on the bench in its history.

Since graduating from the University of Notre Dame Law School, Judge Barrett has clerked for Justice Scalia, earned prestigious educational awards within her tenure in academia, and has served on the Seventh Circuit Bench since October 2017. However, it is not her experience, but rather, her writing of great lengths on the use of precedent and the doctrine of Stare Decisis that have headlines buzzing.

What is Stare Decisis?

Stare Decisis is a concept developed at the common law that means to “stand by things decided.” It regards the principle that courts should follow precedent established by previously decided cases with similar facts and issues to provide certainty and consistency in the administration of justice. However, this doctrine is two-fold: creating both “vertical” (binding precedent) and “horizontal” precedent (persuasive precedent). Barrett describes Stare Decisis as a “soft rule” for the Supreme Court, arguing that it is a rule of policy rather than an “inexorable command” (Citing Payne v. Tennessee). The use of Stare Decisis in upholding precedent in our system works to protect rule of law, the legitimacy and reliability of the Court’s use of judicial review, and judicial restraint.

In Planned Parenthood v. Casey,  Justices O’Connor, Kennedy, and Souter established a four-part test for the Court to consider when contemplating overruling precedent: whether a rule had become unworkable; whether reliance on the rule would create hardships; whether changes in legal principles have left the rule of relic an outdated doctrine; and whether acts have changed so much that the rule has little practical application. Twenty–six years later when writing for the majority in Janus v. American Federation of State, County and Municipal Employees, Justice Alito added a final requirement to the considerations that a court must undertake in their decision making process: the quality of reasoning in the precedential case. These requirements ensure that partisan politics will never be sufficient to overturn precedent.

However, some cases in the American legal system are “so woven in the fabric of the law” that they will never again be touched by the Court (Quoting Justice Scalia). These cases generally include Marbury v. Madison (establishing judicial review), Martin v. Hunter’s Lessee (asserting Supreme Control over state courts in civil matters of the federal law), Helvering v. Davis (holding Social Security as Constitutional), the Legal Tender Cases (holding constitutional the issuance of money), Mapp v. Ohio (asserting that all evidence obtained in violation of the Fourth Amendment is inadmissible in a criminal trial), Brown v. Board of Education (ruling racially segregated public schools unconstitutional), and the Civil Rights Cases (holding the Fourteenth Amendment applicable only to state action). These “superprecedents” have virtually no public controversy in today’s age, solidifying their lasting mark. Further structural protections ensure the stability of precedent for years to come: the actual existence of live litigation on the issue; the case or controversy requirement; the condition of at least four justices for certiorari by the Court; and the necessity of a five-plus majority.

When Should We Reconsider Judicial Precedent?

But what happens when the Court got it wrong? Certainly, if the Court blindly followed precedent, the United States never would have overturned the egregious precedent of Dred Scott, Plessy v. Ferguson, etc. Questioning, discussing, and overturning precedent allows the Court to leave space for re-argument and to revisit what may be wrongly decided decisions. Gary Lawson put it this way: “If a statute, enacted with all majestic formalities for lawmaking prescribed by Congress, and stamped with the imprimatur of representative democracy, cannot legitimacy be given effect in an adjudication when it conflicts with the Constitution, how can a mere judicial decision possibly have greater legal status?”

In Precedent and Jurisprudential Disagreement, Barrett admits that “Justices that subscribe to text-based theories are more likely than others to encounter conflict between precedent and jurisprudential commitment.” This theory is far from novel. In 1949, Justice Douglas wrote that “above all else, [a Judge swore to defend and protect the Constitution], not the gloss which his predecessors may have put on it.” Recently, in his Gamble v. United States (2019) concurrence, Justice Thomas professed his view of precedent: “When faced with demonstrable erroneous precedent, my rule is simple: We should not follow it.”

Many Americans are pondering the role a Justice Barrett confirmation could play as it pertains to women’s reproductive rights. In her words, “[a] decision as fiercely and enduringly contested as Roe v. Wade has acquired no immunity from serious judicial reconstruction, even if arguments for overruling it ought not succeed.” A 2019 Pew Research poll supports the proposition that the Roe v. Wade debate is far from over. While 61% of Americans say that abortion should be legal in all (27%) or most (34%) cases, 38% still maintain that abortion should be illegal in all (12%) or most (26%) cases.

Are polls such as Pew’s oversimplifying the argument for the re-examination of Roe? Many textualists and originalists maintain that despite a personal preference to the issue, the Court erred in discerning a fundamental right of privacy inherent within the due process requirement of the Fourteenth Amendment. Further, they argue, that the Court wrongly used the most demanding review, Strict Scrutiny, to ascertain a substantive due process right to abortion, rather than Rational Basis review. Under Strict Scrutiny, a law generally pertaining to suspect classes or fundamental rights, must fail if the government cannot prove that a law is narrowly tailored and necessary to achieve a compelling government purpose. Rational basis review asks only whether a law is a rationally related to a legitimate government interest. This low level of judicial review provides strong deference to the legislation at hand, but is only used when non-fundamental rights are at issue. Writing for the Court in a seven–justice majority in Roe, Justice Blackmun held any abortion regulations in the first trimester would infringe upon a woman’s right to privacy, citing concerns of psychological harm and distress associated with an unwanted child. However, the Court’s trimester oriented framework expressed that at some point in pregnancy, “these respective [governmental] interests [to protect prenatal life] become sufficiently compelling to sustain regulation of the factors that govern the abortion decision.”

Roe was only complicated by Planned Parenthood v. Casey. In his nomination process, now Justice Kavanaugh called Casey “precedent on precedent,” referring directly to the Court’s staunch use of Stare Decisis in its decision. While Casey did affirm a woman’s right to terminate her pregnancy before viability, it replaced Roe’s Strict Scrutiny review with an undue burden standard. Highly distinguishable from a Strict Scrutiny analysis, the undue burden standard was directed at any law that had the purpose or effect of placing a substantial obstacle in the path of a woman seeking an abortion. Quoting Casey, “[a]n undue burden exists, and thus a law is invalid, if its purpose or effect is to place substantial obstacles in the path of a woman seeking an abortion before the fetus attains viability.” Nonetheless, the Court found that the requirement of informed consent, a 24 hour waiting period, parental consent for a minor, and regulations on the performance of abortions and facilities that provide abortion services did not meet the undue burden threshold. The only section of the Pennsylvania law that the Court struck down was spousal notification. For Justice Scalia, who called the undue burden standard “hopelessly unworkable” and many others who wonder how “undue” must a restriction be before it renders the right to an abortion practically meaningless, Casey has left more questions in the field of reproductive rights than answers.

Given the examination of Barrett’s articles, originalist theory, and the Court’s fuzzy application of current reproductive law, we can expect that should litigation ensue and a case regarding abortion rights arise, Barrett believes that it is within the Court’s purview to re-examine the merits of Roe and Casey. I will leave you with her words in regards to Stare Decisis and precedent: “Reversal of honest jurisprudential disagreement is illegitimate only if it is done without adequate consideration of, and due deference to, the arguments in favor of letting the precedent stand.”