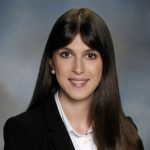 As more evidence comes to light surrounding the January 6 insurrection, pressure is mounting on US Attorney General Merrick Garland to bring charges against former president Trump. While indicting a president would be an unprecedented step for the Department of Justice, it was revealed last week that that the DOJ has opened a criminal investigation into the former president. Currently, the investigation is centered on Trump’s efforts to overturn the results of the 2020 election by inciting a violent mob and by pressuring state officials to use false electors.

But even if there is sufficient evidence to establish criminal wrongdoing by Trump, the Justice Department is not automatically entitled to bring charges. Under DOJ guidelines, federal prosecutors must also consider whether indicting the former president would serve a substantial public interest. The determination of whether a substantial public interest exists depends on various factors, including the seriousness of the offense, the individual’s culpability for the offense, the deterrent effect of the prosecution, the individual’s unique personal circumstances, and the potential consequences of a conviction. In short, prosecutors must weigh the costs of foregoing a criminal case against Trump with the risks of prosecuting a former president.

Arguments For Prosecution
Those in favor of bringing charges argue that holding Trump accountable is essential to maintaining the rule of law. In support of this argument, they point to the seriousness of the offense committed by Trump. When assessing the seriousness of the offense, prosecutors take into account the “potential impact of the offense on the community” as well as “national security interests.” Undoubtably, inciting a violent mob to obstruct the peaceful transfer of power is a severe violation that strikes at the heart of our democratic system. By failing to prosecute Trump for such a serious offense, this would send the message that the president is above the rule of law, further eroding trust in our damaged institutions.

In addition to the seriousness of the offense, Trump’s own culpability weighs in favor of prosecution. Trump was not simply a “minor participant” in the ordeal but was at the helm of the effort to stop the election certification. In fact, Trump’s central role in the scheme was confirmed by a federal judge, who found that the former president had “more likely than not” committed the crime of obstructing an official proceeding. Although this assertion came in the context of an evidentiary ruling and did not have the force of law, it emphasizes the former president’s culpability for the events on January 6.

In light of Trump’s central role in the attempted insurrection, the case for indicting him is strong, particularly because hundreds of Capitol rioters have already been criminally charged. To many, it seems unjust to prosecute those who carried out the insurrection while allowing the man who directed their acts to walk free. Further, while the hesitancy to pursue a criminal case stems from Trump’s political status, one’s political popularity cannot preclude prosecution under Department of Justice guidelines. As former DOJ attorney Kristy Parker notes, an individual’s political activities “are not proper considerations for deciding whether to seek charges.”

Finally, a failure to indict could embolden Trump to commit future crimes if he returns to office. The need to deter Trump, as well as future presidents, from further transgressions requires that the Justice Department hold Trump criminally liable.

Arguments Against Prosecution
Even assuming that there is sufficient evidence to indict Trump, many commentators believe that doing so would be unwise. Principally, they argue that prosecution of the former president by his successor’s Justice Department would set a dangerous precedent. By going after Biden’s political foe, the DOJ would invite future administrations to abuse their power to punish opponents, threatening to set off a series of retributive prosecutions with each new president. The need to insulate the Justice Department from this corrupting cycle is ultimately what lead President Ford to make the bold decision to pardon President Nixon, who was facing an impending criminal indictment of his own. Although unpopular at the time, the decision maintained domestic tranquility and prevented the Justice Department from devolving into a political institution.

Related to the concern for institutional integrity, prosecuting Trump would also be viewed as inherently political. For one, gathering a neutral jury pool untainted by political considerations would be nearly impossible in the current polarized climate. Moreover, with all signs pointing to a Trump reelection bid in 2024, prosecuting the former president ahead of the election would be seen by many as an illegitimate attempt to clear the field of Biden’s main political rival. Foregoing prosecution for this reason would also align with Justice Department’s longstanding policy of avoiding “politically sensitive” indictments near election cycles. By adhering to this policy, which was reiterated by Attorney General Garland in a recent memo, the Justice Department would avoid jumping into the political fray.

Another reason to decline prosecution is that it would inflame the county’s stark partisan divisions. One can easily imagine the mass civil unrest that would unleash from indicting the former president, even with a water-tight case against him. On the other side, it also seems equally likely that an acquittal or hung jury could spark violence by those who believe justice was not served. Given these risks, the Justice Department should preserve the status quo.

Finally, since the alleged crimes are political in nature, some contend that the proper method of accountability was the impeachment process, not the criminal justice system. While Trump was ultimately acquitted in the Senate, he nonetheless suffered the indignity of a second impeachment; a political remedy for a political offense.

Conclusion
Whether the Justice Department decides to indict Trump or not, its decision is sure to be politically fraught. Prosecutors will have to navigate difficult issues with sweeping political consequences, all while avoiding partisan influence. In the end, the best course of action will be the one guided by respect for the rule of law, preservation of democratic norms, and protection of the American people.

Kristy Parker, Prosecuting Trump for the Insurrection: The Well-Founded Case for Optimism, JUST SECURITY (May 23, 2022).

Paul Rosenzweig, Trump Has Justified Breaking One of America’s Most Sacred Norms, THE ATLANTIC (Oct. 27, 2020).