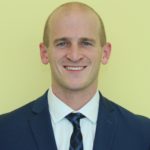 On September 4, 2019, U.S. District Judge Anthony J. Trenga of the Eastern District of Virginia held that a terrorism watchlist maintained by several government agencies violates the constitutional rights of American citizens on the list. Granting the plaintiffs’ motion for summary judgment, Judge Trenga ruled that the federal government’s Terrorist Screening Database fails to provide constitutionally sufficient procedural due process, reigniting the debate over the scope of the federal government’s power to combat terrorism.

The Terrorist Screening Database, known colloquially as “the watchlist,” is an interagency national security tool administered by the Federal Bureau of Investigation (“FBI”), with support from the Department of Homeland Security (“DHS”), the Transportation Security Administration (“TSA”), Customs and Border Protection (“CBP”), and other government agencies. It includes the biographical information of about 1.2 million individuals, including approximately 4,600 American citizens or lawful permanent residents. Individuals are added to the list if a government agency can provide specific, articulable facts that create a reasonable suspicion that the individual is, or is likely to be, involved in terrorist activity. Such facts may include a person’s race, ethnicity, religion, travel history, business associations, and financial transactions. Notably, an individual’s placement on the watchlist does not require “any evidence that the person engaged in criminal activity, committed a crime, or will commit a crime in the future.” Moreover, “individuals who have been acquitted of a terrorism-related crime may still be listed in the database.”

Anas Elhady was driving back to the U.S. from Canada in April 2015 when he was detained by several CBP agents, escorted to a private room, and subjected to ten hours of custodial interrogation. During the course of his interrogation, Elhady required emergency medical attention and was transported to a local hospital to receive treatment, in handcuffs. This was not his first detention, either. On previous occasions, Elhady had been detained for seven to eight hours attempting to cross the border. As a result of these experiences, Elhady stopped traveling for over a year. He complained to DHS and received no explanation or redress for his treatment. Together, with 22 similarly situated American Muslims, Elhady sued the federal government on April 5, 2016.

Citing an earlier decision in which he held that Americans included on a “No Fly List” had standing to challenge the constitutionality of the program, Judge Trenga ruled that the plaintiffs were, in fact, injured by the “enhanced screening” and travel-related difficulties they encountered due to their placement on the watchlist. Trenga then proceeded to analyze whether the watchlist was constitutional.

Mathews v. Eldridge, a major Supreme Court case in procedural due process jurisprudence, provided the framework for Trenga’s analysis. Mathews’ three-pronged test requires an examination of, first, the private interest implicated by the government practice; second, the risk of an “erroneous deprivation” of such an interest, and the potential value of additional safeguards; and third, the government’s interest, including the burden additional safeguards would impose.

Among the private interests implicated by an individual’s placement on the list are the general right of free movement—a long recognized, fundamental liberty—as well as an individual’s reputational interest against “governmental defamation.” Further, given the vague and subjective standards employed to determine whether an individual is a “suspected terrorist,” Trenga found that the risk of an erroneous deprivation of the aforementioned private interests is high, adding that the existing procedural safeguards are insufficient to address that risk.

Finally, Trenga acknowledged the “profound, fundamental, and compelling government interest in preventing terrorist attacks” and evaluated the burden additional safeguards would entail. Trenga maintained that the government could not be required to notify individuals prior to their inclusion on the list, given the substantial risk that kind of “pre-deprivation” notice would pose to legitimate investigations of suspected terrorist activity. Some sort of “post-deprivation” notice, however, must be given, Trenga held, if plaintiffs are to be afforded a meaningful opportunity to challenge their inclusion on the list and rebut the evidence used to justify it.

In sum, given the lack of a constitutionally adequate remedy under the Due Process Clause, Trenga granted summary judgment for the plaintiffs and directed the parties to file briefs on what constitutes an appropriate remedy.

After a remedy is determined, the case is likely to be appealed to the U.S. Court of Appeals for the Fourth Circuit, which exercises appellate jurisdiction over Virginia’s Eastern District. The outcome of such an appeal is uncertain. In the meantime, however, this decision is likely to reignite the legal debate over the scope of the federal government’s power to combat terrorism and, if nothing else, remind policymakers of the delicate balance that must be struck between liberty and security.