Vapocalypse: Will Bans Cause the E-Cigarette Industry to Go Up in Smoke? 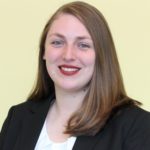 There have been 530 reported cases of lung injury associated with e-cigarettes and vaping products. So far, seven cases have resulted in deaths. Of the cases of lung injury, 16% have occurred in minors and 67% in individuals between the ages of eighteen and thirty-five. Many victims report using both THC products and mixed THC and nicotine products, while only a minority of victims have used nicotine-only products. Some reports are linking the lung injuries with vitamin E acetate oil found in THC products. Other reports link the injuries with counterfeit and black-market products. However, The CDC has not yet linked these injuries with a specific cause, e-cigarette and vaping product, or substance.

Health officials and politicians alike are calling this an epidemic. Many officials are criticizing e-cigarette companies, such as Juul Labs, for marketing and selling flavored products minors and young adults. Juul Labs and other e-cigarette companies continue to reject this position. They argue their products are designed and marketed solely to adults with a pre-existing relationship with nicotine and are a safer alternative to traditional cigarettes.

Several localities including San Francisco, California and Boulder, Colorado have already banned the sale of various e-cigarette and vaping products. Lawmakers in Washington D.C. have proposed a bill that would require a prescription to purchase e-cigarettes. However, this past month, since news of the recent deaths broke, there has been movement at the state level. Governor Gretchen Whitmer announced a plan to outlaw the sale of flavored e-cigarettes in Michigan. In New York, Governor Andrew Cuomo first signed a law which raised the minimum age of purchase and then later took emergency executive action to ban the sale of flavored e-cigarettes. Cuomo also announced plans to introduce legislation that would prohibit e-cigarette companies from the deceptive marketing of products to teens and children. New York’s Public Health and Health Planning Council has issued requirements for e-cigarette retailers to post signage warning of potential health effects. New York has also placed a 20% tax on all e-cigarette products. Massachusetts and California are also considering bans.

How Can They Do This?: A Question of Police Power

Reserved to the States by the Tenth Amendment, police power is the ability to regulate for the purpose of health, safety, morality, and the general welfare of the people within a state. State legislatures delegate this power to state executives and to local municipalities, allowing for this regulation on multiple levels. This power allows governments to enforce quarantines during times of illness, regulate food production industries for quality, and enforce prohibitions on activity such as lotteries and gambling. The police power has, historically, been strongly supported by the courts—the most substantial limit of this police power being individual rights.

For example, consider New York’s history with regulating tobacco use:

In 1975, New York began restricting smoking in various public spaces such as libraries and museums. The Legislature continued attempts to expand these restrictions, but none were passed by both houses. In 1987, the Public Health Council (an executive entity) announced a set of regulation that restricted smoking in more public spaces including restaurants, stores, and banks. These regulations were challenged by various business owners. The New York Court of Appeals struck down the regulations, not because they were an abuse of police power, but because the Public Health Council did not have the authority to enact such sweeping regulations.

In 1989 New York passed the Clean Indoor Air Act banning indoor smoking in public areas and work sites. This law was challenged by New York residents who claimed the statute oppresses and discriminates by excluding them, as smokers, from public spaces. The court found the law was a valid use of police power and that there was no violation of their individual rights. The court deferred to the Legislature’s finding on the health and safety issues prompting the use of the State’s police power. In 2003 the State Legislature extended the ban to smoking in indoor areas of employment including restaurants and bars, similar to the Public Health Council’s earlier regulation. In 2017 the act was updated to include vaping.

Many of the new e-cigarette regulations are being created through executive actions and orders. While executives have certain emergency powers, in order for these changes to be long lasting, they will need the legislature to act. Some e-cigarette regulations, such as New York raising its minimum age requirements and imposing a 20% tax, are already legislative actions. Officials have promised other regulations, such as New York’s decision to ban the sale of flavored e-cigarettes, will be enshrined by legislation in the upcoming months.

When it comes to flavored e-cigarettes, it is unlikely that regulations put in place by state legislatures will fall to constitutional challenge. States have sufficient evidence of negative health effects, and courts will likely defer to their findings on the matter. The state’s police power will allow the legislature to make regulations in accordance with those findings. Any argument that e-cigarette use is an individual right will, similarly to the arguments made to challenge New York’s indoor smoking restrictions, be unlikely to succeed.

At this point, most regulations are temporary emergency actions or simply proposed legislation. However, the continued focus of government officials’ attention on the mysterious lung injuries and e-cigarette use make it likely that the regulations will continue to evolve into full legislation.