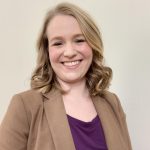 Should an operating room nurse, who is also an active member of a state nursing union, be permitted to take an unscheduled break during a complex spinal surgery to confront hospital management about the need for yearly pay increases? According to the National Labor Relations Board, the answer is yes.

This case arises out of an incident occurring at New York Presbyterian Hudson Valley Hospital. The nurse, Rosamaria Tyo, had worked for the hospital for 17 years, and in addition to her operating room duties she also served as a trainer, called a preceptor, for newer nurses. Tyo was also an active member of the nurses’ union, the New York State Nurses Association. In February 2020 the union learned that the hospital’s Chief Nursing Officer, Ophelia Byers would be conducting a “town-hall” meeting on February 25, 2020. This happened to be the same day that Tyo was scheduled as a preceptor to assist in a complex spinal surgery and oversee a trainee nurse in the operating room. The surgery was rare for the hospital to perform and required continuous monitoring to avoid the risk of permanently paralyzing the patient. A few hours after the surgery began, Tyo excused herself, leaving her trainee to handle the job by himself, and went downstairs to confront Byers about the nurses’ union’s bargaining issues. Byers became visibly angry, singling out Tyo from the group and telling her she “should know better” than to ambush her after a town hall. About 30 minutes after she initially left the operating room, Tyo returned to assist in the rest of the surgery.

After this incident the hospital terminated Tyo, citing “patient abandonment” as the reason for the termination. Tyo challenged the termination, and an administrative judge ruled in her favor after reviewing evidence which showed other incidents in which preceptors had been out of the operating room during surgery without any investigation or discipline. Tyo also presented letters from the surgeons who had been conducting the surgery, attesting that there was no safety concern created by her short absence, as well as evidence that the nurse trainee was experienced enough to provide solo coverage while she was away.

The hospital appealed to the National Labor Relations Board (NLRB), and on December 5, 2022 the Board ruled 2-1 that the New York hospital violated federal law by firing Tyo. The NLRB stated in its majority opinion that the hospital violated Sections 8(a)(1) and 8(a)(3) of the National Labor Relations Act concerning unfair labor practices. The decision ordered the hospital to reinstate Tyo with back pay and to circulate a public notice acknowledging that Tyo’s termination was a violation of federal law.

The Law
The relevant sections of The National Labor Relations Act (29 U.S.C Section 158) states that it is an unfair labor practice for an employer “by discrimination in regard to hire or tenure of employment or any term or condition of employment to […] discourage membership in any labor organization.” To determine if Tyo had been terminated because of her union activity, which would be in violation of the law, the NLRB used what is called the “Wright Line test.” This test requires an employee who is challenging termination or discipline to show three things: (1) that the employee engaged in protected activity, (2) that the employer knew of that activity, and (3) that the employer had hostility against the protected activity. Once an employee demonstrates these three elements, it is then up to the employer to show that it would have taken the same action against that employee even if the employee had not engaged in that protected activity.

In Tyo’s case, the Board focused on whether the hospital had hostility towards Tyo’s union activity. The Board characterized Tyo’s approaching of Byers as being “non-disruptive union activity.” They noted that Tyo did not physically or verbally accost Byers. In contrast, the Board characterized Byer’s response as a public admonishment delivered with disdain. The Board also noted that the investigation that ultimately led to Tyo’s termination began shortly after the incident with Byers, which suggested the hospital was hostile towards Tyo’s union activity, and that hostility was the real reason for the investigation. While the hospital argued that they only opposed the way Tyo approached Byers in the hallway, rather than the content of her message the Board stated that they have “long rejected efforts to police the ‘reasonableness’ of employees’ choices of how to engage in protected activity.” The Board made clear that putting guidelines around how employees may engage in the protected activity narrows the protections that the law provides.

Future Considerations
In his lone dissent, Board member John F. Ring noted his concern that the decision sets an alarming precedent in the medical setting. He notes that while employees should be protected when engaging in union-related activity, there must be some limits, of which a nurse leaving a patient in the middle of a spinal surgery without her supervisor’s knowledge and without following proper protocol should be one. He noted that when employees engage in union activity without taking reasonable precautions to eliminate the foreseeable possibility of danger, they are no longer protected by the National Labor Relations Act.

While the majority disagreed with the level of danger that Tyo’s absence posed to the patient, it is worth considering what circumstances would persuade the Board that a foreseeable possibility of danger exists. While hospitals may not impede the rights of their employees to participate in protected union activity, they must also consider the safety of their patients, who are at their most vulnerable when in the hospital setting. It would be well advised for any hospital to have practices in place for employees who want to leave their shift for any reason, including engaging in union activities. Practices such as receiving a supervisor or doctor’s written acknowledgement of absence, a requirement for following proper hand-off procedures, and training medical staff on the risks of their absence in a given medical situation would help create standards across the board for employees, not just employees participating with the union. This would help balance the two important, and sometimes conflicting concerns: employees’ rights and patient safety.