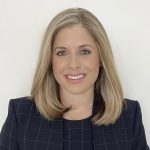 A dog toy closely resembling the iconic Jack Daniel’s whiskey bottle has led to a dispute revolving around whether a product based on humorous parody deserves protection from trademark infringement claims.

In Jack Daniel’s Properties v. VIP Products, the maker of Jack Daniel’s whiskey claims the Black-Label look-alike toy manufactured by VIP Products is tarnishing its brand and violating its federal trademark rights. VIP, which designs, manufactures, and sells dog toys, says the chewable toy is merely a humorous parody deserving First Amendment protection. In late November, the Supreme Court agreed to hear the case, which will likely be argued in February or March 2023. 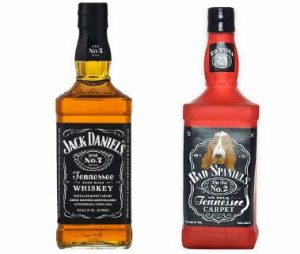 Image included in Brief for Petitioner.

Respondent VIP’s Silly Squeaker line includes a variety of dog toys in the shape of beer, wine, soda and liquor bottles. VIP says it has never sold whiskey or used Jack Daniel’s in any way, and its Bad Spaniels toy, a pun-filled parody of a Jack Daniel’s bottle, merely mimics enough of the bottle that people would understand the joke.

Looking back through the litigation trail, the district court found that VIP’s use of Jack Daniel’s trademarks to sell its Bad Spaniels dog toy was likely to confuse consumers and tarnish the whiskey-maker’s reputation, enjoining VIP from selling the toy. However, the U.S. Court of Appeals for the Ninth Circuit held that VIP’s First Amendment interest in using Jack Daniel’s trademarks as its own marks on “funny dog toys” merited special protection from infringement claims. The Ninth Circuit also rendered the toys “noncommercial” and exempt from dilution-by-tarnishment claims.

The questions now presented before the Supreme Court are (1) whether the humorous use of another’s trademark as one’s own on a commercial product is subject to the Lanham Act’s traditional likelihood-of-confusion analysis, or instead should receive heightened First Amendment protection from trademark-infringement claims, and (2) whether the Trademark Dilution Revision Act’s (“TDRA”) exception for “noncommercial use” applies to an artistic parody of the famous Jack Daniel’s whiskey bottle.

As to the first question, trademark infringement under the Lanham Act exists if another’s use of a mark likely causes consumer confusion about the origin, sponsorship or approval of a good. While the Ninth Circuit did not disrupt the district court’s finding that VIP’s use of Jack Daniel’s trademarks and trade dress created a likelihood of confusion, it still held that Bad Spaniels deserved increased First Amendment protection, deeming it an “expressive work.” The Ninth Circuit imparted a two-part test in addition to the Lanham Act analysis, requiring Jack Daniel’s to prove on remand that VIP’s use of its mark either is “not artistically relevant to the underlying work” or “explicitly misleads consumers as to the source or content of the work.”

Jack Daniel’s points to how the Ninth Circuit split from decisions by the Second, Seventh and Eighth Circuits, which all rejected claims for heightened First Amendment protection for a party’s humorous or parodic use of a mark in similar circumstances.

Regarding the second question before the Supreme Court, the Ninth Circuit struck down Jack Daniel’s claim of dilution by tarnishment under the TDRA. Dilution by tarnishment typically occurs when associations arising from similarities between a mark and a famous mark harm the reputation of the famous mark. The Ninth Circuit classified VIP’s parody toy as “noncommercial speech,” subject to the TDRA’s noncommercial-use exception. Essentially, its argument is that Bad Spaniels does more than propose a commercial transaction given that it communicates a humorous parody.

Jack Daniel’s also claims that the Ninth Circuit’s decision allows companies like VIP to advertise its mark to children by simply adding humor, which can be problematic. However, VIP counters that the toy features a picture of a dog, makes no reference to alcohol and that “the only people who would understand what was being parodied are people already familiar with whiskey.”

Ultimately, Jack Daniel’s finds that consumers have associated its brand with Old No. 7 and the distinctive square shape of its whiskey bottle for more than a century, and the Ninth Circuit’s decision “guts Jack Daniel’s ability to protect its brand and paves the way for companies like Respondent to unleash mass confusion in the marketplace.”

In support of Jack Daniel’s, corporations including Campbell Soup, Levi Strauss and American Craft Spirits Association submitted amicus briefs, also requesting clarification as to when trademark law restricts a spoof of a company’s brand. Campbell Soup said in its brief that the Ninth Circuit’s “erroneous construction of the Lanham Act and Trademark Dilution Revision Act of 2006 will deny trademark owners and consumers the important protections that Congress intended.”

If the Supreme Court sides with the Ninth Circuit, companies with notable brands may need to prepare for the consequences of humorous parodies of their products hitting store shelves with ease. On the other hand, a decision finding that a spoof is considered a violation of trademark law would likely allay the concerns of companies with famous brands known by consumers nationally.