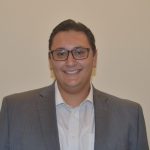 Southwest Airlines (“Southwest”) has come under intense scrutiny following their series of canceled and severely delayed flights during the holiday season. Southwest was initially able to blame this debacle on the fierce winter weather that plagued a majority of the country. However, while other airlines rebounded to normal operations after a couple days, Southwest passengers remained stranded in airports. And, perhaps to no surprise, people are upset after being forced to spend their Christmas with strangers in an airport.

The reason for this operation meltdown is now believed to be caused by outdated software being used by Southwest, the nation’s largest domestic airline. The software used to manage its scheduling systems does not seem to be up to industry standard, and this has been a known issue within Southwest. The airline has previously experienced similar situations before, although on a smaller scale. The flight attendants’ union has used this archaic operating system as a main point in their picketing throughout the past year, even placing an update to the scheduling technology ahead of demands for pay raises. In addition to the flight attendants, the pilot’s union president pointed to this scheduling system as the reason for a cancellation crisis Southwest experienced in October of 2021.

Southwest conceded that their technology was overwhelmed by the sheer size of the debacle, noting that they had available crews and aircrafts, however their systems in place failed to utilize those resources. For some disgruntled Southwest customers, this did not sit right.

Eric F. Capdeville filed a complaint in the US District Court for the Eastern District of Louisiana, on behalf of himself and all others similarly situated, against Southwest. Capdeville alleges Southwest violated their own Contract of Carriage along with federal law. The Contract of Carriage section regarding canceled flights and irregular operations was attached to the complaint. Per the section attached to the complaint, in the event of a cancelation, which Capdeville and thousands of members in the class experienced, Southwest shall provide either a rebooking on the next available Southwest flight with seats available to the ticketed destination, or a refund of the unused portion of the purchased ticket in accordance with the form of payment utilized for the ticket.

So, what did Southwest offer to the customers who spent their holiday among airport strangers? 25,000 Rapid Rewards bonus points, which has a value of around $300 when redeemed with Southwest. The class action complaint alleges this offering does not equate to a refund of the unused portion of their tickets, as it is not in the form of payment for the original tickets. Capdeville also states he was not given the choice of being transported on the next available Southwest flight to his destination at no additional charge.

Although Capdeville’s attorney stated in the complaint that Southwest violated federal law in addition to Contract of Carriage, there are no actual allegations of any such specific violations within the complaint.

In addition to the alleged breach of the Contract of Carriage, might the class have a negligence claim against Southwest? To assert a negligence claim that will survive a motion to dismiss, a plaintiff must show the following elements.

A plaintiff must first show that the defendant owed the plaintiff a legal duty. When passengers purchase flight tickets from an airline, such transaction creates a special relationship between the two parties. This relationship imposes a duty that the airlines owe to passengers. Thus, Capdeville and the unnamed class members should be able to show that such a legal duty existed between Southwest and themselves.

A plaintiff must also show that they were harmed by the defendant’s negligence. Will a court recognize missing out on Christmas plans with family and being forced to sleep at airports without knowing when they would be taken to their destination as legal damages?

The plaintiffs need to also show the defendant’s actions caused the harm experienced by plaintiffs. There are two causation requirements a plaintiff must show, both a factual causation and a proximate causation. A showing of factual causation is satisfied if the plaintiff can show that “but-for” the defendant’s negligence, they would not have been harmed. Proximate causation can be shown by looking at what potential damages can reasonably be expected by the defendant’s negligence, and examining if the actual damages experienced by the plaintiff fit into the range of harms created by the negligence. First, can the class show that but-for Southwest’s outdated system, would their flights not be canceled? This seems tough to show, as it was bad weather that prompted the debacle at first. However, the class can likely prove that but-for the scheduling software in place, the extent of the failure would not have been so drastic. Next, the class must show that their flights being canceled and them being stranded fall into the reasonable harms expected by utilizing such antiquated scheduling software. This can likely be shown through foreseeability, again, as the software had caused flight cancelations in the past.

Jonathan Stempel, Southwest Airlines is Sued for Not Providing Refunds After Meltdown, Reuters (Jan. 3, 2023, 11:37 AM).

The Associated Press, Southwest Airlines Apologizes and then Gives its Customers Frequent-Flyer Points, NPR (Jan. 4, 2023, 3:10 AM).