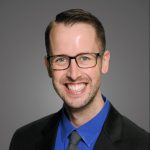 To be a seventeen-year-old kid in this situation with no experience with the system, no experience with any of this stuff, it’s very difficult to believe in the early stages that this is actually what’s happening. This must be just some huge mistake.
-Adnan Syed on Episode 9 of Serial

This is real life, of a never-ending nightmare for 20-plus years.
– Young Lee, Hae Min Lee’s brother, addressing the court on September 19, 2022

Brady v. Maryland: The Brady Rule’s Origin Story
John Leo Brady admitted to his participation in the robbery of a Maryland man in June of 1958, but asserted that it was his accomplice, Charles Boblit, that killed the victim. Nevertheless, the jury found both Brady and Boblit guilty of first-degree murder and sentenced them to death.

After the Maryland Court of Appeals affirmed Brady’s conviction and sentence, Brady discovered that the prosecution intentionally withheld Boblit’s murder confession where Boblit told the prosecutors that he alone killed the victim. Brady argued that this suppression of evidence violated his 14th Amendment Due Process rights. The Maryland Court of Appeals and, later, the Supreme Court of the United States agreed. Today, because of this case and in conjunction with subsequent cases on the topic, the Brady Rule states that the prosecution must disclose any “materially exculpatory” materials to the defense. “Brady materials” include any evidence that would materially assist the defendant; for example, by reducing their chance of being found guilty, decreasing their sentence, or addressing witness credibility.

Maryland v. Syed: A Very Brief Legal Timeline
Adnan Syed was convicted by a Baltimore City jury in February of 2000 for the murder of his classmate and ex-girlfriend, Hae Min Lee. Syed has maintained his innocence for the past 23 years, but it was not until 2014 that the Serial podcast, led by Sarah Koenig, uncovered new evidence that cast doubt on Syed’s conviction. After a lengthy investigation, on September 19, 2022, a Baltimore City judge overturned Syed’s murder conviction after the State lost confidence in their original case. The judge ordered Syed released after he spent 23 years incarcerated.

Applicability of the Brady Rule to Adnan Syed’s Case
The State’s motion to vacate cited two Brady violations. First, the motion noted that the team prosecuting Syed suppressed evidence related to other potential suspects in Lee’s murder. Second, the motion stated that the prosecution failed to disclose to Syed’s legal team that one of the suspects had previously threatened Lee’s life and had means, motive, and opportunity to kill Lee. Syed’s original defense strategy involved highlighting alternate, more plausible suspects, and in the motion to vacate the State asserted that this suppressed evidence would have bolstered Syed’s argument. In other words, by suppressing this material evidence, the State violated Syed’s 14th Amendment Due Process rights as it did to Brady.

An interesting element to this latest twist in Syed’s case is the dispute between Baltimore City State’s Attorney, Marilyn Mosby, and Maryland’s Attorney General, Brian Frosh, both Democrats. Shortly after the judge agreed to vacate Syed’s conviction on September 19, Frosh released a statement fervently denying the alleged Brady violations. Frosh then went on camera to assail Mosby’s decision to conduct the year-long investigation into Syed’s conviction stating, “If State’s Attorney Mosby were concentrating as hard on trying murder cases and putting murderers behind bars as she has on this case, I think our state would be quite a bit safer.” On September 21, Mosby responded to Frosh’s comments claiming that the attorney general willfully suppressed evidence from Syed’s defense team for seven years thereby denying Syed a fair trial.

What Happens Next?
The question now, of course, is where does this case go from here? While Syed is ordered to serve home detention, State prosecutors have 30 days to decide if they will bring a new trial against Syed or drop the charges. The State’s Attorney’s office and Baltimore police detectives are again actively investigating Lee’s murder and following the new leads. While Mosby has not disclosed many details, she did tell The Washington Post that if the new DNA tests come back inconclusive, she will drop the case. On the other hand, if the DNA tests point to Syed, she said her office would “consider” a retrial.

Interestingly, on a new episode of Serial that dropped the day after Syed’s release, host Sarah Koenig said, “The chances of the State ever trying to prosecute Adnan are remote at best.” While Koenig is not a legal expert, her journalism related to Syed’s case lends credibility to her perspective.

Despite the dramatic legal twists that have mesmerized the nation since 2014, there has been one constant through it all: Hae Min Lee and her family deserve justice. Wherever the evidence leads the prosecution, hopefully Lee’s family one day finds justice.