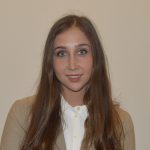 You just parked in a 20-minute parking space to grab your morning coffee before work. No problem, you should be in-and-out of the café in 10 minutes; however, the group of friends in front of you cannot decide what they want to order, and the person in front of them is paying with coins. Your coffee run ends up taking 25 minutes. As you walk outside, you notice you were left a citation for parking over the 20-minute time limit. How could any person have known for a fact that you were parked there for over 20 minutes?

One technique that city parking officers use to check for violations of time-limited parking spaces is through chalking. Parking officers will place an impermanent chalk mark of no more than a few inches on the tread of a tire of a parked vehicle and then take down the time of when they chalked the tires of a certain parking lot or area. If a vehicle’s chalk mark is undisturbed after the parking time limit has expired, then that means the parked vehicle has exceeded the time limit for the space. The parking officer then, after your unfortunate mishap at the café, leaves you a citation.

On October 26, 2022, the United States Court of Appeals for the Ninth Circuit held that chalking was not a violation of the Fourth Amendment right to be free from unreasonable searches and seizures.

Administrative Search Exception
The court assumed, without deciding, that chalking was indeed a search for purposes of the Fourth Amendment, although it expressed skepticism at that categorization. Nevertheless, the court found that chalking was not an unreasonable search because chalking falls under the administrative search exception to the Fourth Amendment’s warrant requirement. The warrant requirement mandates that law enforcement obtain a warrant before conducting a search at the risk of a presumptively unreasonable search without such warrant. To meet the administrative search exception to that requirement, “warrantless administrative searches must bear a sufficient connection to the governmental interests they serve and cannot advance as their ‘primary purpose’ ‘uncover[ing] evidence of ordinary criminal wrongdoing.’”

Here, the court swiftly decided that there is a “close connection between the chalking of tires and the harm it seeks to prevent, namely, vehicles staying too long in city spots.” Furthermore, the court had no trouble holding that the primary purpose of chalking was not to uncover evidence of ordinary criminal wrongdoing. The court held that the primary purpose of chalking was to “assist the City in its overall management of vehicular traffic and the use of city parking spots.” The court likened this case to cases where law enforcement officers have used DUI checkpoints, which have been upheld as falling within the administrative search exception under the theory that the primary purpose of those checkpoints is to ensure roadway safety.

Reasonableness of the Search Based on Individual Circumstances
The court then turned to the reasonableness of the search “on the basis of the individual circumstances” (internal quotations omitted). The court evaluated “[1] the gravity of the public concerns served by the [search], [2] the degree to which the [search] advances the public interest, and [3] the severity of the interference with individual liberty” (internal quotations omitted).

For the gravity of the public concerns by the search, the court held that this factor served in favor of finding that the search was reasonable. The court observed that the “significance of free-moving vehicular traffic and parking availability to the basic functioning of a municipality and the quality of life of its residents, businesses, and visitors” has been recognized by other courts as an important consideration of public concern, which chalking helps to alleviate as a measure of parking enforcement.

For the degree to which the search advances the public interest, the court once again held that this factor served in favor of finding that the search was reasonable. The court observed that as a general matter, courts have recognized the strong governmental interest in managing traffic and parking. The court explained that chalking is appropriately tailored to further that interest, as the court held that chalking bears a tight nexus to parking management.

Interestingly, the plaintiffs had suggested that parking officers could take different measures to enforce time-limited parking besides chalking, which, as a physical intrusion, is more invasive than say taking a photo of the vehicle or using GPS data. The court found that, ironically, those methods would be more invasive than the chalking. Additionally, the court reminded the plaintiffs that even if these other options were less invasive, that courts have refused to “declare that only the least intrusive search practicable can be reasonable under the Fourth Amendment.”

Finally, the court held that chalking interfered with personal liberty at a de minimis level at best. The court reasoned that “chalking involves no detention of persons or property; it does not damage property or add anything permanent to it; and the search does not create ‘substantial anxiety,’ as some searches may.” Thus, this factor, putting the nail in the coffin of the plaintiff’s claim, was also in favor of finding that the search was reasonable.

In conclusion, the court held that chalking is a permissible parking enforcement method that does not violate the Fourth Amendment right to be free from unreasonable searches and seizures since chalking falls under the administrative search exception to the Fourth Amendment’s warrant requirement and it did not violate reasonableness based on the individual circumstances.

Circuit Split
In coming to this decision, the United States Court of Appeals for the Ninth Circuit has split from the Sixth Circuit’s decision last year in Taylor v. City of Sagina, which held that tire chalking was not subject to the administrative search exception of the Fourth Amendment’s warrant requirement.

While the court was “reluctant to create a possible circuit split,” the court did not agree with the Sixth Circuit’s rationale that ‘for nearly as long as automobiles have parked along city streets, municipalities have found ways to enforce parking regulations without implicating the Fourth Amendment,’ and therefore parking officers could conduct parking enforcement without chalking. The Ninth Circuit reasoned that such a determination, which only focused on whether there are other parking enforcement methods that would not constitute Fourth Amendment searches, was not the test for whether chalking falls under the administrative search requirement. Thus, the Ninth Circuit found the Sixth Circuit’s holding unpersuasive.

So, what does this mean for you? Well, if you live in San Diego, or any locale within the Ninth Circuit for that matter, make sure to keep an eye on the clock while you wait for your morning coffee, unless you want a citation on your windshield and some chalk on your tires to start off your day.