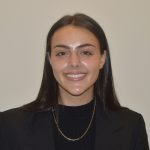 On October 3rd, 2022, the Securities and Exchange Commission (“SEC”) announced charges against Kim Kardashian for touting a crypto asset on her public Instagram account which has garnered a massive following of over 333 million users around the world.

In June 2021, Kardashian touted on social media a crypto asset called EthereumMax (“EMAX”), tokens of which were offered and sold to the public. Kardashian said in her June 2021 post, “This is not financial advice, but sharing what my friends told me about EthereumMax”, then within the same post, encouraged her follows to “Swipe up and join the Ethereum community”. Kardashian also included a series of hashtags including, “#Ad”. This promotional Instagram post reached approximately one in five U.S. adults.

What Kardashian’s followers are unaware of, however, is that Kardashians alleged “friends” paid her $250,000 to advertise the crypto asset on her social media account. Federal securities laws and regulations required Kardashian to disclose that she was being compensated for the social media post and the amount she received. Although Kardashian included the hashtag “Ad”, which implicitly informs followers that there was an arrangement, likely involving monetary compensation, the mere hashtag is not a sufficient disclosure that complies with federal laws. Thus, the SEC charges arose as a result of Kardashian’s noncompliance with federal securities laws.

Ultimately, Kardashian settled with the SEC for a total of $1.26 million. $260,000 of the settlement was for disgorgement, a remedy that is required when someone profits from illegal acts and must forgo any profit earned from those illegal acts. Additionally, the SEC imposed a $1,000,000 penalty. Kardashian further agreed to refrain from promoting any crypto asset securities for three years on any platform.

EMAX is a decentralized financial cryptocurrency which is an expansion of Ethereum, a decentralized software platform powered by blockchain technology. EMAX is an altcoin which is designed to securely manage digital assets and provide instant access to rewards for token holders.

Shortly after its launch in October 2021, EMAX hit a peak value equating to $0.000000051. While Bitcoin, another big player in the crypto field, hit a peak of $69,0000 per coin in November 2021. As of November 16, 2022, EMAX’s price has plummeted even further to $0.000000002074 per coin. Moreover, since Kardashian’s promotional post, EMAX token’s value has fallen 95.3%. EMAX tokens are high-risk investments because the price can fluctuate and plummet rapidly and lack the stability like other types of cryptocurrencies have.

To “tout” means to promote or boast a security to attract or solicit buyers.

The Securities Act of 1933 (“Act”) was enacted by Congress to target companies which issue securities to raise money to fund new projects. The Act’s overarching aim served a dual purpose to ensure companies who sold securities, like that of EMAX, disclosed material information and ensured those security transactions were not based on fraudulent information. The Act sought full and fair disclosure of securities sold in interstate and foreign commerce so that investors could make informed investment decisions based on accurate information.

Specifically, section 17(b) of the Securities Act makes it unlawful for any person to:

Publish, give publicity to, or circulate any notice, circular, advertisement, newspaper, article, letter, investment service, or communication which, though not purporting to offer a security for sale, describes such security for a consideration received or to be received, directly or indirectly, from an issuer, underwriter, or dealer, without fully disclosing the receipt, whether past or prospective, of such consideration and the amount thereof.

Thus, Kardashian was well within her rights to promote EMAX tokens to her social media account and receive compensation. However, pursuant to section 17(b) of the Securities Act, Kardashian was required to publicly disclose that she was being paid and the exact amount of compensation for the promotional post.

Other Celebrities Charged for Touting Violations:

Among Kardashian are a handful of other celebrities who were also charged and subsequently fined by the SEC for violating section 17(b) of the Securities Act. Floyd Mayweather, famous boxer, and DJ Khaled, famous artist, were both respectively charged and fined for touting on their social media accounts in 2018.

Mayweather promoted a crypto asset from Centra Tech, Inc., on his personal social media account encouraging followers to “get yours before they sell out.” Mayweather received a hefty check of $100,000 for the Centra Tech promotion and an additional $200,000 to promote two other Initial Coin Offerings (ICOs). Ultimately, because Mayweather failed to disclose the compensation for the promotional posts, he was charged by the SEC for violating section 17(b) of the Securities Act and was fined over $600,000 in penalties.

Similarly, Khaled received $50,000 in compensation for promoting Centra Tech’s crypto assets. He was charged, like Kardashian and Mayweather, with violating section 17(b) and fined over $150,000 in penalties.

All three celebrity cases come after the SEC issued a Decentralized Autonomous Organization (“DAO”) report which explicitly warned individuals who engaged in promoting ICOs that they may be subject to federal securities laws.

Kardashian’s settlement with the SEC, as well as other celebrities like Mayweather and Khaled, serve as a warning and deterrent to individuals that they must be informed before promoting crypto assets and other ICOs.

Avery Hartmans, If you bought EMAX crypto tokens when Kim Kardashian promoted them on Instagram, you’d have lost over 95% of your money by now, INSIDER (last visited Nov. 15, 2022).