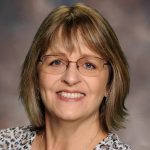 United States immigration law states that a non-citizen may be removed from the country if they are convicted of certain crimes within five years after admission to the U.S. for which a sentence of more than one year may be imposed. Additionally, a non-citizen may be removed if they are convicted of two of these crimes at any time after entering the U.S. Specifically, these crimes involve “moral turpitude.” However, the phrase “crime involving moral turpitude” is not defined anywhere within the Immigration and Nationality Act (“INA”), and this has led to different judges interpreting the phrase differently. Everton Daye hopes the Supreme Court will rule that this phrase is unconstitutionally vague and spare him being removed back to his native Jamaica.

Mr. Daye has lived in the United States for fourteen years and became a lawful permanent resident in 2009 upon marrying his wife, a United States citizen. He was convicted of two counts of transporting a controlled substance into the Commonwealth of Virginia which he committed in March 2013, and of one count of conspiracy to transport marijuana into Virginia which he committed in August 2013. Based upon his convictions, the Department of Homeland Security charged him with being removable from the U.S. under several provisions of the INA, including for having been convicted of a crime involving moral turpitude (“CIMT”) within five years of entry and for having been convicted of two CIMTs at any time after admission. Daye unsuccessfully argued to the Immigration Judge that his convictions were not CIMT’s and the Immigration Judge ordered him removed to Jamaica. He then appealed to the Board of Immigration Appeals (“BIA”) which stated that it had “long held that evil intent is inherent in the illegal distribution of drugs,” and thus “participation in illicit drug trafficking is a CIMT.” He appealed to the 11th Circuit Court of Appeals arguing that the phrase is unconstitutionally vague. The 11th Circuit concluded that the BIA was correct in finding Daye removeable from the U.S. based upon the 1951 Supreme Court decision Jordan v. De George in which the Court determined that the phrase was not vague because there is a category of CIMT’s that easily apply—those that involve fraud.

However, it is other types of crimes that have caused confusion and disagreement as social mores have changed. For example, courts used to hold that homosexuality was a CIMT warranting removal from the country. Now they do not. The same for some marijuana possession crimes. They once were CIMT’s. Now, personal marijuana possession and usage are legal in many states. However, the 11th Circuit noted that it was bound by the De George decision until the Supreme Court itself overrules it.

Petition to the Supreme Court

So, in October, Daye petitioned the Supreme Court to revisit their 71-year-old decision and submitted evidence that in the several decades since De George, courts in different parts of the country have come to opposite conclusions about whether a particular crime is one involving moral turpitude. This has resulted despite the fact that the BIA has provided a definition of CIMT as being “conduct that is inherently base, vile, or depraved” and that “[t]o involve moral turpitude, a crime requires two essential elements: reprehensible conduct and a culpable mental state.” Daye argues that because this definition is subject to “the vagaries of social morality, what constitutes a crime of moral turpitude is an area of law marked with inconsistency and disagreement, thwarting an even-handed administration of justice.” His argument is backed by courts at all levels complaining that the phrase is “amorphous,” “notoriously baffling,” and, most colorfully, as “approaching gibberish.”

Daye hopes that recent Supreme Court decisions finding other statutes void for being too vague will prompt the justices to also find the CIMT statute void for vagueness. In each of these recent cases, the Court determined that the offensive statutes required a judge to use his/her imagination to determine the least blameworthy conduct necessary to be convicted under that statute and the statutes involved uncertainty as to what actually constituted a crime under the law. He asserts that the CIMT statute is similar, and that these same flaws result in a lack of fair notice to ordinary people as to what conduct could get them removed from the country as a CIMT, and lead to arbitrary treatment under the law, which is prohibited by the Due Process Clause of 5th Amendment. Daye argues that if the Court applies this same logic to its analysis of the CIMT statute, they will find it unconstitutionally vague, and therefore void, as well.

If the Supreme Court were to rule that the CIMT statute is void for vagueness, that decision could potentially affect tens of thousands of non-citizens who are facing removal from the U.S. for having been convicted of crimes that now constitute CIMT’s. On November 15, 2022, the Court extended the time for filing a response to his petition until December 16, 2022, so there is no word yet whether they will hear his case. However, considering the continuing national discourse about immigration issues and the Court’s recent willingness to void laws for being too vague, perhaps more than 70 years of confusion and complaint will soon be resolved once and for all.