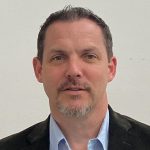 Earlier this month, Politico released a copy of Justice Alito’s draft opinion in the pending Supreme Court case, Dobbs v. Jackson. The draft ignited controversy not only due to the fact that it signaled that the Court may overturn Roe v. Wade, but also because a leak of this nature is a first in the modern era of the Supreme Court. Chief Justice Roberts stated that the draft from early February was authentic, but cautioned that it did not represent the Court’s final decision in the matter. The leak resulted in a wave of protests by supporters of abortion rights, some of which have been directly in front of the homes of three current Justices who appear poised to support this monumental decision by the Court.

The fact that the protesters are congregating in front of the personal residences of the Justices has opened another controversial subject: Are such actions illegal under current law or should they be considered as lawful expressions of free speech? Initially, the White House said that the protests were not a problem, provided that they remained peaceful. However, Title 18, Section 1507 of the U.S. Code states that it is illegal, “with the intent of influencing any judge,” to picket or parade “in or near a building or residence occupied or used by such judge, juror, witness, or court officer” or to resort “to any other demonstration in or near any such building or residence.” One of the organizers of the ShutDownDC protests at Justice Alito’s house said, “Because it’s been impossible to reach him at the Supreme Court (especially now with the enormous fences), we will do it at his home.” In the wake of these active protests and potential threats, the U.S. Senate unanimously passed a bill granting police protection for the Justices’ families, as well as to other officers of the Court. The bill is currently slated to go before the House of Representatives.

The question raised is whether this current statute prohibiting protests impinges on the First Amendment rights granting both freedom of speech and freedom of assembly. Previous decisions by the Court have made a distinction between protesters’ efforts to influence those in the political arena and those within the judiciary. In Cox v. Louisiana, the Court ruled that “A State may adopt safeguards necessary and appropriate to assure that the administration of justice at all stages is free from outside control and influence.” The Court added, “There is no room at any stage of judicial proceedings for such intervention; mob law is the very antithesis of due process.” With the fact that such language is currently still good law, it is hard to imagine that the Court would find these recent attempts at influencing judges in this fashion unconstitutional. But should they be? When and where is that line crossed where one’s desire and right to voice an opinion becomes an inappropriate attempt at intimidation?

Historically, the court has been viewed as an isolated institution, the proverbial blindfolded “Lady Justice.” This idealist portrayal, however, has not always been played out in the real-life courtrooms of our country. It is somewhat naïve to ignore fact that politics has crept into the decision-making of even our highest court. But despite the unfortunate failings of the past, the judiciary deserves to be given the presumption that they are outside the political arena of our elected officials. It follows that there ought to be some legal limits as to the ways in which people are permitted to try to influence judicial outcomes, but any such restrictions ought to be evaluated very carefully.

We live in the modern internet age wherein people’s personal information, including their home address, is available for everyone to see and share with the click of a mouse. As such, we will never go back to an expectation of security and privacy where people in sensitive roles are able to keep their personal information shielded from the general public. That former way of life may have lent itself to the stricter application of laws such as those contained in Section 1507, which was enacted in 1950. However, we are not living in those times. The protection of civil liberties such as the freedom of speech and the freedom of assembly must be afforded the highest protections. When the government begins to impinge on those rights in any substantive manner, there might never be an opportunity to retrieve them.

Some protesters may be willing to engage in activities that are based only a few dozen feet from the sanctity and privacy of a Justice’s personal home, but such activities, even if found morally unacceptable, should not be illegal. Today’s law may be written in a way that protects one’s political perspective, but the future can quickly bring a changing tide leaving him or her suffering at the hand of the very laws that moments before afforded security. I would argue that the protesters should continue to have their opportunity to voice their opinion, provided that nothing is said or done that might be construed as intimidating or attempting to exert any undue influence – Let all voices be heard.

Lauren Burke, Protesters rally outside US supreme court justices’ homes ahead of pro-choice marches, THE GUARDIAN, May 13, 2022.