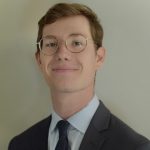 There are two inevitabilities in life: death and taxes. While he may not have found a fountain of youth, Elon Musk seems to have found the fountain of tax avoidance under the Internal Revenue Code. Musk’s well-timed exercise of his Tesla stock options late last year combined with a frequently used tax concept—tax-loss harvesting—may allow Musk to offset billions in capital gains. These gains may arise from Musk selling additional shares of stock, allowing him to avoid taxable gains, raise capital for his well-reported Twitter buyout, and avoid billions in financing from countries that suppress free speech.

Musk was awarded stock options in 2012 when Tesla’s stock was worth about $6 per share. Assuming certain milestones were met under Musk’s leadership, he would unlock additional options to purchase the stock for $6.24 per share. It is apparent that Tesla’s market cap has since skyrocketed, topping $1000 per share when Musk finally exercised his options and purchased over 26 million Tesla shares in late 2021. Despite the great deal, Musk still owed taxes once he exercised the options. The IRS hit him with an eye-watering $11 billion income tax bill, where each share purchased needed to be reported as ordinary income, like salary compensation, with a maximum tax rate of 37%. However, for these kinds of stock options, the IRS would subtract the $6.24 option purchase price from the $1000 fair market value of each share to reach the $11 billion income figure. Journalists and news agencies described waiting to exercise as a “tax mistake” given the astronomical figure, but it was not all that bad for Musk in the long run.

Even with the huge IRS bill, Musk still has one comparably huge advantage in waiting to exercise the options until the Tesla stock price was high: tax-loss harvesting. This frequently used tax strategy allows taxpayers to pool losses in order to offset and avoid taxable income. When planned well, income will not result in a tax bill, such as gains from the sale of stocks or capital assets as in Musk’s case.

Under the tax code, the IRS taxes income which can include gain from the sale or exchange of property, like Musk’s sale of Tesla stock. The income from the stock sale is calculated by subtracting the amount realized, i.e. the sale price, from the basis, generally what was paid for the stock. If the amount realized is higher than the basis there will be a gain, and if the reverse there will be a loss. For Musk, he already paid income tax to the IRS when he exercised his right to purchase the Tesla shares in 2021. If not in the context of a stock option, Musk’s basis in the Tesla shares would have been the $6.24 purchase price; then when he sold them for much more, he would have been hit with an IRS bill, albeit at a more favorable capital gain tax rate if he held the stock for more than one year. However, this is not the case for stock options—under § 83 of the tax code, Musk’s basis in the shares is the fair market value at the time he exercised the option, $1000.

The increased basis matters because by the time Musk started selling the Tesla shares, the stock had slightly dipped in value to about $880. Assuming the stock price stays at this value when Musk sells the shares, his amount realized will be $880 per share and his basis will be $1000, resulting in a loss. Again, this is despite Musk only paying $6.24 per share to begin with. This makes economic sense, though, because Musk already paid income tax on the options; individual taxpayers like Musk are not double taxed on income, unlike corporations. From the perspective of the IRS, Musk now has a huge loss to report on his tax return. This is exactly what happened in 2021 when Musk began selling the shares he purchased through the option, resulting in a $1.7 billion loss.

Going back to Musk’s situation, this means that whenever he sells any capital asset, he can offset potential gain with these losses. In addition, anytime Musk sells the $1000 basis stock he acquired through the stock options, Musk will continue to add to his bank of capital losses, assuming the Tesla stock is below $1000 per share. Given that the Tesla stock is currently sitting at $734 per share, as of May 11, 2022, Musk is in a great position to sell additional shares in order to help finance his Twitter takeover. Even if Musk does not sell any of the remaining 12.6 million shares he bought through the options, he is sitting with billions in losses he can use to sell other capital assets to raise funds while sidestepping an IRS tax of the realized gain.

This is also pertinent because Musk has been in the news for receiving funding for the Twitter acquisition from Qatar’s sovereign wealth fund, a country that has a poor record of protecting free speech. Through the use of the losses and sale of capital assets, Musk can rely less on countries like Qatar, potentially helping the public perception the Twitter takeover has regarding First Amendment freedom of speech concerns. Regardless, the tax consequences of Musk’s stock option exercise and Tesla stock sales appear far removed from a “tax mistake” and are reflective of the importance of tax timing and close attention to income character.

Chris Isadore, Elon Musk probably got a huge tax break when he sold off Tesla shares, CNN (May 5, 2022).