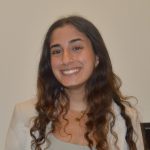 In September of 2022, the National Registry of Exonerations released a Report (the “Report”) demonstrating that Black Americans are significantly more likely to face wrongful convictions than their white counterparts. The National Registry of Exonerations tracks all known wrongful convictions in the United States since 1989. The Report was made through the joint efforts of the University of California Irvine Newkirk Center for Science and Society, the University of Michigan Law School, and Michigan State University College of Law. The Registry’s first Report on race and wrongful convictions was released in 2017. The September 2022 Report contains more information and detail than the 2017 Report, along with improved data.

According to the Report, Black Americans account for only 13.6% of the United States population, but comprise 53% of exonerations since 1989. Therefore, Black Americans are seven times more likely to be falsely convicted of serious crimes than white Americans. The three types of crimes that result in the largest numbers of exonerations are murder, sexual assault, and drug crimes.

False convictions for murder and sexual assault crimes are in large part the result of preliminary investigative issues, which impact innocent Black suspects. The Report found that innocent Black suspects are about seven-and-a-half times more likely to be convicted of murder than innocent white defendants. Importantly, these false convictions cause an array of social issues, particularly within Black communities. The innocent Black defendants become wrongful victims of the U.S. carceral system, and are deeply affected by murders that they did not commit. Many of the exonerees who were wrongfully incarcerated for murder spent decades in prison before they were exonerated. Most of these long-serving Black murder defendants were exonerated by big prosecutorial conviction integrity units (CIUs). CIUs are a division of a prosecutorial office that works to prevent, identify, and remedy false convictions. CIUs have had a somewhat slow growth around the United States. The first CIU was founded in 2002 and was relatively ineffective. After 2007, the number of CIUs in the country grew exponentially, doubling every few years. By the end of 2021, there were 93 CIUs across the country. CIUs have significantly increased the proportion of Black murder exonerees. Without them, 56% of murder exonerees beginning in 2014 would have been Black. With CIUs, that number is 64%. The Report projects that more CIUs are likely on the way.

For sex crimes, there are difficulties with cross-racial eyewitness identification. The Report showed that innocent Black defendants are eight times more likely than white defendants to be falsely convicted of sexual assault. Cross-racial identification occurs when an eyewitness is asked to identify an individual of a race that is not their own. The cross-racial effect is typically stronger when white witnesses attempt to identify Black individuals. Cross-racial impairments lead to more false positives than false negatives, supporting findings of the disproportionately high number of Black exonerees. Among wrongful convictions uncovered by DNA analysis, 36% occurred in cases where white witnesses mistakenly identified innocent Black defendants. The impact of cross-racial impairment may be magnified by the relative representation of people of color in the criminal justice system as compared to their representation on juries and within communities. The researchers who conducted the study noted that the false convictions of Black defendants were marred by implicit biases. Black sexual assault exonerees received a far longer prison sentence than white sexual assault exonerees. In recent years, DNA testing has become routine. DNA testing has helped identify assailants before trial, thereby preventing hundreds of thousands of wrongful convictions.

“I was arrested because I was the only black man in town with a white girlfriend. I was picked out of a lineup because white people mistake one black man for another all the time. I was convicted by an all-white jury that wouldn’t believe me. People don’t want to admit it, but racism still exists in our country, especially our criminal justice system,” said Marvin Anderson, who served 20 years for a sexual assault he did not commit.

69% of all drug crime exonerees in the United States are Black, whereas 16% are white. According to the Report, however, Black and white Americans use illicit drugs at similar rates. Drug crime exonerees have a much higher racial disparity than exonerees of other crimes, such as murder and sexual assault. Drug exonerations for Black defendants are particularly demonstrative of police misconduct, as explained by the Report. Black exonerees are stopped and searched by law enforcement at disproportionate rates as compared to their white counterparts. In addition, most false drug crime convictions involve relatively low-level charges that typically do not draw the effort necessary to obtain exonerations.

Since 1989, the Report also noted that 1,800 defendants have been released in “group-exonerations” which followed 15 large-scale police scandals, framing innocent defendants for drug crimes they never committed. The overwhelming majority of individuals who were convicted and later exonerated in this scheme were Black Americans.

The 2022 National Registry of Exonerations Report shows some improvements with respect to false convictions of murder and sexual assault defendants. With technological advancements, we are now able to use DNA testing to prevent false convictions at a much higher rate. Additionally, CIUs are showing positive trends in exonerating wrongfully convicted Black defendants. Wrongful drug crime convictions do not demonstrate the same improvement rates, however. Black individuals continue to be nineteen times more likely to be convicted of drug crimes. The “War on Drugs” continues to negatively affect communities of color at disproportionate rates, as evidenced by the Report.

Discriminatorily incarcerating innocent Black defendants for an average of 12 years is one of the worst miscarriages of justice that a system can produce. Wrongfully incarcerating Black defendants not only affects that individual and their families, but also Black communities at large. The purported function of the criminal justice system is not carried out when individuals are wrongfully convicted for extended periods of time. When a person is wrongfully convicted, two victims are created – the victim to the crime and the innocent defendant.