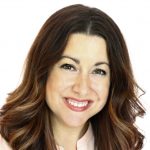 “Alice,” an Oregon rape victim, was jailed earlier this month under a material witness warrant due to concerns she would fail to testify against her perpetrator. Unable to meet her $500,000 bail, she spent nine days in jail, and was released only after her appearance in court. Alice’s lawyer, Donald Scales, admits there were “legitimate concerns” regarding her willingness to testify. However, the court denied less intrusive monitoring methods (such as an ankle monitor). Deputy District Attorneys Zori Cook and Nick Geil, co-prosecutors in this case, felt the detention was necessary because Alice had missed several check-ins with victims’ services and struggled with addiction and occasional homelessness.

While this may seem outrageous, it is legal. Federal law provides that, “If it appears from an affidavit filed by a party that the testimony of a person is material in a criminal proceeding, and if it is shown that it may become impracticable to secure the presence of the person by subpoena, a judicial officer may order the arrest of the person.” All fifty states have similar provisions in place.

Proponents argue that such warrants are necessary to protect both victims and the public. If a conviction hinges on testimony from a material witness who refuses to testify, the perpetrator may remain free to contravene the law further, creating new victims. In an interview with W.W.L. Radio, Orleans Parish District Attorney Leon Cannizzaro stated, “If I have to put a victim of a crime in jail for eight days in order to keep the rapist off of the street for a period of years and prevent him from raping or harming someone else, I’m going to do that,” adding, “it’s a small price to pay.” This is a compelling argument; Alice’s attacker had already served time for sexual assault once and had only recently been released from jail when he assaulted her.

Opponents of the practice argue that it amounts to re-victimization, pointing to examples when the exercise has led to devastating consequences. For example, “Jenny,” a Texas rape victim who suffers from bipolar disorder and schizophrenia, had a breakdown during her trial, refusing to continue testifying. The court granted a material witness warrant, but due to a clerical error, she was identified as a defendant in the case rather than a witness. Jenny was housed with the general population, where she was beaten by an inmate, punched by a guard, and denied medication. She was in jail for nearly a month, including three days after she testified.

Louisiana resident Renata Singleton is another example. In 2015, Singleton called 911, fearing her then-boyfriend was going to harm her. The police arrested him, but Singleton ended the relationship shortly after and informed D.A. Cannizzaro that she did not want to press charges. Despite that, Cannizzaro continued to pursue the case and made multiple attempts to contact and serve Singleton with subpoenas, which she reportedly avoided. Singleton claims that the subpoenas were improperly served but that she had every intention of testifying. In May, she was arrested and detained under a material witness warrant. When she asked for an attorney, she was told she would not be provided one because she was the victim, not the defendant. Her mother hired one on her behalf. Singleton was in jail for a week before the judge allowed her to leave with an ankle monitor. When she arrived to testify, she found it was unnecessary because her ex-boyfriend had already pled guilty and agreed to a six-month suspended sentence and one-year probation. He did not serve any jail time.

As the practice becomes more well-known, it is drawing public criticism. Texas passed “Jenny’s Law,” which ensures material witnesses have the right to court-provided counsel. The A.C.L.U., along with Civil Rights Corps, filed suit against Cannizzaro in Louisiana for misuse of material witness warrants and other alleged corruption. Concern that the practice of jailing victims may discourage reporting of crimes is leading to a reevaluation of policies.

The material witness warrant was effective in Alice’s case. Her testimony helped convict her attacker, Christian Alexander Sanchez, and he is now awaiting sentencing. However, exercising this authority should be done with extreme caution and with stringent oversight to ensure that victims are not further damaged in the pursuit of justice.