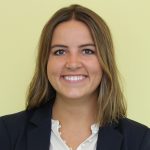 At 8:07 a.m. on July 14, 2020, the federal government executed Daniel Lewis Lee. His was the first federal execution since 2003. Lee was convicted twenty years ago of murdering a family of three by wrapping bags over their heads, tying rocks around their bodies and throwing them into a body of water. Lee and his co-defendant were both white supremacists, though Lee had since denounced those beliefs. His co-defendant, widely considered the more culpable of the two, was sentenced to life in prison. For many years, family members of Lee’s victims sought the same life sentence for him and strongly opposed his execution.

As with most death penalty cases, courts were still working through challenges to Lee’s death sentence in the early morning hours leading up to his death. But unlike most, some of those challenges remained unresolved, still pending in federal courts even after Lee’s execution.

Attorney General William Barr ordered the resumption of federal executions in a July 2019 Addendum to the Federal Bureau of Prison’s Federal Execution Protocol, ending a seventeen-year informal moratorium on executions. While Barr did not provide a specific reason for doing so, both he and President Trump have long supported the death penalty. In a 1991 op-ed written while he served as Acting Attorney General, Barr stated, “We need a death penalty to deter and punish the most heinous federal crimes such as terrorist killings.” Around the same time, Trump placed a full-page ad in the New York Times calling for the wrongly-convicted Central Park Five to be sentenced to death. Both continue to voice their support for the policy today.

In addition to resuming executions, the July 2019 Addendum announced a new method of execution. The DOJ stated its intention to use a single drug, pentobarbital sodium, replacing the lethal injection drug-cocktail that has come under fire after several botched state executions.

A series of challenges, focused primarily on the DOJ’s use of pentobarbital, made their way through the federal courts during the weeks leading up to Lee’s execution. Lee and three other death row inmates scheduled to be executed this summer challenged the use of pentobarbital as violating various federal statutes and constitutional provisions, including the Federal Death Penalty Act (FDPA), the Federal Food, Drug, and Cosmetic Act (FDCA), and the Eighth Amendment.

The four death row inmates sought preliminary injunctions for their executions, recognizing that without the extra time an injunction would afford them, they would be killed before the litigation was resolved. A preliminary injunction is an “extraordinary remedy” that requires assessment of four factors: (1) the likelihood of the plaintiff’s success on the merits, (2) the threat of irreparable harm to the plaintiff absent an injunction, (3) the balance of equities, and (4) the public interest.

Last November, Judge Tanya Chutkan of the D.C. District Court granted an injunction based on the likelihood of success of the inmates’ FDPA claim. The FDPA requires the federal government to carry out executions in the manner prescribed by the state of the inmate’s conviction. Judge Chutkan held that the inmates were likely to succeed on the merits based on their argument that the 2019 Protocol exceeds statutory authority by establishing a single procedure for all federal executions rather than using the FDPA’s state-specific approach. Judge Chutkan declined to rule on their remaining claims. The DOJ appealed, and in late June, the Supreme Court declined to review the D.C. Circuit Court’s reversal of the injunction. The rest of the inmates’ claims, however, remained.

The day Lee was scheduled to be executed, the D.C. District Court ruled on the inmates’ Eighth Amendment challenge. On Monday, July 13, Judge Chutkan held that the science before the court “overwhelmingly” demonstrated that the DOJ’s use of pentobarbital most likely violated the Eighth Amendment’s prohibition against cruel and unusual punishment. She explained that evidence showed that the drug posed a serious risk of causing individuals to experience “an excruciating sensation akin to drowning as their airways fill with foam.” She also found that the inmateshad identified “two available and readily implementable alternative methods of execution that would significantly reduce the risk of serious pain: a pre-dose of opioid pain or anti-anxiety medication, or execution by firing squad.” Accordingly, Judge Chutkan found that Lee and his co-plaintiffs were likely to succeed on the merits of their Eighth Amendment claim, and consequently issued another preliminary injunction.

After Judge Chutkan’s ruling, the DOJ halted Lee’s execution, which was scheduled for 4 p.m. that day. Hours later, the D.C. Circuit Court unanimously upheld the district court’s injunction. Instead of pursuing traditional appellate review of the decision, the DOJ asked the Supreme Court for an emergency order, a highly unusual move that would clear the way for Lee’s execution without further review. The Supreme Court granted the emergency order, and at 2 a.m. on Tuesday, July 14, issued a 5-4 decision reversing the injunction.

The DOJ acted quickly. By 4 a.m., they had called media and witnesses to the execution site in Terre Haute, Indiana, with plans to execute Lee immediately. The DOJ then became aware of an outstanding court order from a federal court in Arkansas that prohibited Lee’s execution. The order involved a stay that had since been vacated, but the mandate to issue the vacation of the stay did not go into effect until July 16, 2020. The DOJ filed yet another emergency request to lift the order. The Court of Appeals for the Eighth Circuit granted the request at 6:36 a.m. C.S.T., and the federal government executed Lee less than forty minutes later. He had been strapped to the gurney with IVs in his arms for the four hours preceding his death. His counsel was not notified, and media reports suggest that he did not die instantly.

But while the Eighth Amendment challenge had made its way up through the courts, however untraditionally, Lee’s other challenges remained pending even after he was killed. Within twenty-four hours of Lee’s execution, Judge Chutkan issued another preliminary injunction, finding that Lee and his three co-plaintiffs were likely to succeed on the merits of their claim that the use of pentobarbital violated the FDCA.

The FDCA requires a valid prescription, issued for a legitimate medical purpose, in dispensing any controlled substance to an “ultimate user.” Lee and his fellow inmates argued that the amended 2019 Protocol does not require the DOJ to obtain a valid written prescription for the drug it would use to execute them, thereby violating the FDCA. Acknowledging that the Office of Legal Counsel has previously stated that the FDCA does not apply to lethal injection drugs, Judge Chutkan explained that D.C. Circuit case law has held the opposite view. She stated further, “Where the government argues that a lethal injection drug is legally and constitutionally permissible because it will ensure a ‘humane’ death, it cannot then disclaim a responsibility to comply with federal statutes that exist in order to ensure that the drugs operate humanely.” “[A]bsent a preliminary injunction,” Judge Chutkan said, “plaintiffs will suffer irreparable harm.” Regrettably, by the time she issued the injunction, one plaintiff already had.

The D.C. Circuit unanimously upheld Judge Chutkan’s injunction before the Supreme Court reversed, granting the DOJ’s request for more “emergency” relief, in the form of another stay of the lower court’s decision. One is left wondering how these “emergency” procedural devices have become commonplace. The emergency stays that enabled Lee’s execution in this case are generally unsigned and provide no substantive analysis, but still effectively allow the government to implement controversial policies that have been struck down by lower courts. The intended purpose of these last-minute stays is to preserve the status quo only while appeals work their way through the courts. Historically, the government has sought them infrequently. In the sixteen years under Presidents Bush and Obama, the government sought emergency relief from the Supreme Court only eight times. In the first three years of the Trump Administration, the DOJ has sought the same relief over thirty times.

Whether or not Lee would have ultimately prevailed on any of his remaining claims, the DOJ’s handling of his execution should serve as a warning for advocates of future defendants under the Trump Administration. Capital punishment politics aside, the public has an interest in affording defendants the judicial review they are due. As Judge Chutkan put it, “The public interest is not served by executing individuals before they have had the opportunity to avail themselves of the legal process to challenge the legality of their executions.” Justice Sotomayor agreed in her 2 a.m. dissent, accusing the majority of “hastily” putting an end to Lee’s challenges, resulting in “no meaningful judicial review of the grave, fact-heavy challenges” he brought before the court.

Photo courtesy of The Telegraph