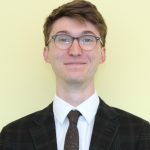 On June 29, 2020, the Supreme Court denied certiorari for the petitioners in Lech v. Jackson, allowing the 10th Circuit’s holding to remain undisturbed. In Lech, the 10th Circuit found a categorical exception to the Takings Clause when the government takes property while acting pursuant to its police power. In other words, the court held that, while the government typically owes a citizen compensation if it destroys their home (for example, to build a highway), it does not owe a citizen any compensation if it destroys their home to apprehend an alleged criminal. While that example may sound exaggerated or farfetched, it is precisely what happened to the Lech family in Lech v. Jackson.

Five years ago, on June 3, 2015, a man allegedly stole two belts and a shirt from a Walmart in Greenwood Village, Colorado. Fleeing police and armed with a pistol, the man broke into the home of the Lech family, where he holed up for 19 hours as the police “bombarded the building with high-caliber rifles, chemical agents, flash-bang grenades, remote-controlled robots, armored vehicles, and breaching rams.” When the man was finally arrested, the Lech family home, valued at $580,000, had been rendered unlivable by the police raid. The city condemned the house as uninhabitable, and the Lechs were forced to have it demolished. In return for their troubles, the city offered the family $5,000 for temporary living costs.

In response, the Lechs filed suit against the city, arguing that they should be compensated for the full value of their home, basing their case on the constitutional principle of eminent domain. Eminent domain finds its legal basis in the aforementioned Takings Clause of the Fifth Amendment which reads, “nor shall private property be taken for public use, without just compensation.” Unfortunately for the Lechs, the district court found for the city, and the 10th Circuit affirmed, writing, “[b]ecause (1) the defendants’ law-enforcement actions fell within the scope of the police power and (2) actions taken pursuant to the police power do not constitute takings, the defendants are entitled to summary judgment on the Lechs’ Takings Clause claims.”

This brings us back to the Supreme Court’s decision not to grant cert in the Lechs’ case. Only four votes are needed for the Court to take up a case, which means no more than three justices voted in favor of granting cert. Given the wave of protests challenging the use of excessive force by police happening around the country, the Court’s decision not to hear Lech is notable, if unsurprising. Despite the centrality of the issue of policing to contemporary political discussion, the Court has been reticent to get involved as of late. For example, just a few weeks before turning down Lech, the Court rejected cert petitions from every major challenge to qualified immunity—a judicially-created doctrine receiving widespread bipartisan criticism (from the ACLU to the Cato Institute) for allowing government officials to “escape accountability for violating constitutional rights.”

More generally, the Court’s record on policing has long been controversial. For example, cases like Town of Castle Rock v. Gonzalez, DeShaney v. Winnebago County, and the D.C. Circuit’s Warren v. District of Columbia have firmly established that the police have no duty to protect individual citizens, enforce restraining orders, or respond to 911 calls (rather, the police’s duty is to “the public at large”). Terry v. Ohio (in)famously legitimized the stop-and-frisk technique (which the Bloomberg-era NYPD used, according to statistical analysis by the Prison Policy Iniative, to stop hundreds of thousands of Black and Latino young men a year, finding weapons in only 1.1% of cases). In Whren v. United States, the Court ruled that the subjective motivations—even racially discriminatory motivations—of law-enforcement are irrelevant, so long as an officer had reasonable suspicion that some crime was committed. In a study of more than 8.2 million traffic stops, the Stanford Law Review’s forthcoming article, “An Empirical Assessment of Pretextual Stops and Racial Profiling,” argues that Whren and its progeny may have led to a statistically significant increase in racial-profiling by police effectuating traffic stops.

One case particularly relevant to protests of police brutality is Graham v. Connor. There, the Court held that accusations of police use of excessive force must be weighed using a Fourth Amendment reasonableness framework, rather than a Fourteenth Amendment due process framework. Reasonableness is measured solely using the specific circumstances of the individual police-encounter and with law enforcement use-of-force guidelines. Thus, Graham effectively precludes plaintiffs from arguing that their injuries are a product of a racial bias on the part of the officer, or within their local police departments more generally. In the years since Graham, most courts have deferred to use-of-force rules drafted by the very police departments being sued, which many argue transfers the courts’ power to oversee police use-of-force—and to define what constitutes excessive force—to the police themselves.

Lech v. Jackson—and the Court’s decision not to hear it—presents a challenging set of facts in light of the socio-political unrest currently gripping the U.S. The man who broke into the Lech-family’s home allegedly stole around $50 of merchandise from one of the richest companies in the history of the world. The Lechs have taken on a $390,000 loan to rebuild their home. Who or what were the police protecting that day? As protests against the police’s brutality, racial bias, and non-accountability continue in every one of these United States, it may be worth reflecting on the function of the judiciary in shaping the public’s relationship with law-enforcement. After all, the Court itself is the nation’s highest accountability mechanism; when the Court speaks on an issue it receives unparalleled deference, both in the eyes of the law and in the eyes of the public. It is no coincidence that many of the Court’s most celebrated decisions—Brown v. Board of  Ed., Miranda v. Arizona, Obergefell v. Hodges, etc.—reflect the changing cultural and moral development of the nation and challenge government institutions to respect the dignity of those they serve. The Court surely recognizes this; its silence in the Lech’s case—and on the accountability of law-enforcement to a nation taking to the streets to protest the police—is deafening.

Billy Binion, A SWAT Team Blew Up This Family’s House While Chasing a Shoplifter. The Supreme Court Won’t Hear the Case, REASON, (June 29, 2020).

Eric Boehm, Cops Destroyed This House To Arrest a Shoplifter. A Federal Court Says Police Don’t Have To Pay for the Damage, REASON, (October 31, 2019).

Photo courtesy of Institute for Justice.