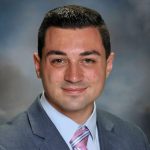 Last week, the Wisconsin Supreme Court outlawed ballot drop boxes in Teigen v. Wisconsin Election Commission. This four to three decision comes on the heels of the 2020 Presidential Election—an event that made election integrity and voter suppression hot-button issues among the American electorate. The barring of ballot drop boxes in Wisconsin will likely invoke a great deal of passion from both sides of the political aisle, especially as the 2022 Midterm Election rapidly approaches.

Ballot drop boxes gained prominence in the 2020 Presidential Election because of the COVID-19 pandemic. Voters nationwide were hesitant to visit physical polling locations on Election Day because they have high traffic, require touching germ-laden surfaces and objects, and, ultimately, pose a high risk of COVID-19 transmission. Ballot drop boxes offered voters a safer alternative—one that did not require interacting with a single person or touching anything. Consequently, 69% of nationwide voters cast their ballots untraditionally, i.e., utilizing methods like ballot drop boxes. 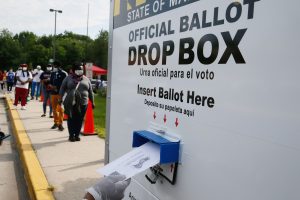 The Wisconsin Supreme Court’s Rationale
Wisconsin state law provides that absentee voting is a “privilege exercised wholly outside the traditional safeguards of the polling place” and “must be carefully regulated to prevent the potential for fraud and abuse.” Accordingly, Wisconsin state law has a multitude of procedures that must be adhered to when voting by absentee ballot. The Wisconsin Supreme Court outlawed ballot drop boxes because ballot drop boxes violated one of these procedures.

The dissenting justices were befuddled by the majority opinion’s rationale, but they were most troubled by the repercussions of this decision. The dissenting opinion asserts that outlawing ballot drop boxes will severely disadvantage the voting rights of marginalized communities. It is evident that most municipal clerk’s offices are located great distances away from disadvantaged populations and are only staffed by a single, part-time municipal clerk.

Skepticism Expressed by the Majority Opinion
Not only did Teigen v. Wisconsin Election Commission outlaw ballot drop boxes, but it also expressed skepticism towards the results of the 2020 Presidential Election. Chief Justice Grassl Bradley stated that the procedures followed during the 2020 Presidential Election were “unlawful” and the results were “illegitimate.” The Chief Justice further proceeded to compare Wisconsin’s election process in 2020 to the near-unanimous elections of dictators such as Saddam Hussein, Kim Jung-un, Raul Castro, and Bashar al-Assad. This portion of the majority opinion was so bizarre that Justice Brian Hagedorn, the swing vote of this four to three decision, declined to join.

Looking Forward to Election Season
This opinion comes at an interesting time, as Wisconsin’s primary election is less than a month away and the 2022 Midterm Election is right around the corner. Since the 2020 Presidential Election, the political issues of election integrity and voter suppression have sparked fierce debate. This decision by the Wisconsin Supreme Court will likely reinvigorate this debate, and these political issues will remain top of mind for American voters.