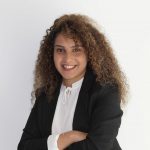 With the men’s World Cup coming up at the end of the year in Qatar, and the women’s World Cup next summer in Australia and New Zealand, the U.S. Women’s National Soccer team was finally able to achieve a long-awaited victory. Just last month, the U.S. Soccer Federation, through a newly anticipated Collective Bargaining Agreement (CBA), reached a deal where the U.S. men’s and women’s national soccer teams would receive equal economic compensation. But that was not the end; they also agreed to pay the women’s team $22 million in back pay. This was no small accomplishment, as the U.S. Women’s soccer team had been fighting for equal pay for years.

After winning two consecutive World Cup titles, and finishing among the top three, seven times, the U.S. women’s national soccer team became one of the most popular and loved sports teams in the nation. But, even with all the success and popularity, their male counterparts made twice as much for winning less games, and despite bringing in less revenue at times. This was due to an outdated CBA between the Soccer Federation and the Players’ Union which was negotiated in 2017, resulting in substantial disparity between the two national teams.

In 2019, players from the women’s soccer team filed an action against the U.S. Soccer Federation, alleging violation of the Equal Pay Act and violation of Title VII of the Civil Rights Act of 1964. The Equal Pay Act prohibits wage discrimination based on sex. It is considered discriminatory, if there is inequality between the wages of men and women in the workplace who perform the same or substantially equal work. On a similar note, Title VII makes it unlawful to discriminate against someone based on their race, color, national origin, sex, or religion. The Act covers both intentional and unintentional actions that have discriminatory effects.

This was a difficult task for the plaintiffs. They argued that despite their similar job responsibilities and superior performance compared to the men’s soccer team, the members of the women’s team had been offered less favorable compensations. In 2016, in response to demands for equal pay, the Federation’s lawyer stated that “market realities are such that women do not deserve to be paid equally to the men”. Ultimately, in 2020, the court rejected the players’ claims that they were paid unfairly, the main reason being the different deals that each team negotiated with the Soccer Federation during the CBA negotiations. At the time, the women’s team agreed to be compensated mainly through salary guarantees, with some additional opportunities for performance-based bonuses. Whereas the men’s team was only to receive bonuses rather than fixed salaries. The judge reasoned that the disparity in compensation stems from different preferences in each team’s CBA that they negotiated for at the time. But the players do not agree. “We asked to be under the men’s contract, and it was repeatedly refused to us”, said team co-captain Megan Rapinoe.

At the same time, the Federation expressed their willingness to find common ground with the Players’ Union. A few months after the court’s ruling, the Federation and players reached an agreement that resolved unequal working conditions. In the grand scheme, this small victory guaranteed similar conditions as the men’s team such as traveling accommodations, staffing, and venues for their matches. But the fight was not over for the women’s soccer team.

Earlier this year, U.S. Soccer Federation and women’s players continued their negotiations outside of the court room, after the Federation expressed a desire to make things right with the women’s team and claims of gender discrimination.

In a shocking settlement, U.S. Soccer paid $24 million to the athletes, which largely constituted back pay, as well as funds for players’ post career plans and initiatives to grow women’s soccer in the country. But most importantly, the Federation pledged to include equalize pay, appearance fees and match bonuses for both men’s and women’s teams, including the World Cup, contingent upon the ratification of the CBA. 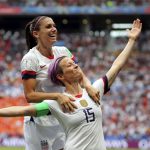 In this year’s World Cup, the prize money for the men’s pool is standing at $440 million, while the women’s prize money for next year is only $60 million. Depending on how each team ranks, they will get a portion of that money. But, as agreed to by U.S. Soccer Federation, the unions for men’s and women’s team will share the prize money together. This act is unprecedented as such disparity still exists and are common in other countries.

Achieving identical economic terms in the CBA between men’s and women’s players is a historic accomplishment, as women in sports have fought for decades to be justly compensated for their time and efforts, similar to their male counterparts. As noted, despite their success and popularity as one of the nation’s most loved sports teams, it took the women’s national team almost a decade to finally be rightly compensated for their work. The fight for equal pay is an uphill battle, but this victory is a step in the right direction, for generations to come.

Sean Gregory, The U.S. Women’s Soccer Team Has Signed a Historic Equal Pay Agreement. Here’s How it Happened, TIME (May 19, 2022).